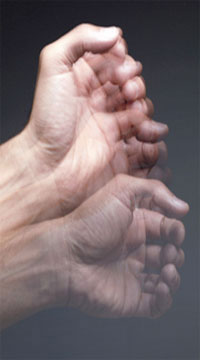 Neither the soothing sound of a breeze, nor the tweeting birds or the melody of rain played on the stereo system in my bedroom gave me the comfort I deserved. My mind was inescapably trapped by a grueling urge throwing my entire body into painful disarray. Once again I was captivated by an insatiable craving in the middle of the night. By hardly lifting my eyelids, I was persuaded by the heavy burden of their weight it was too early to be tomorrow; the torment was bound to linger on. I made a desperate effort to ignore my desire by turning from shoulder to shoulder for a while or lying on my back and thinking of the least simulating subjects to distract me from the sinful wanting of the night. Yet my futile effort faded in the pale layers of passion-stricken bed sheets. The more I resisted the fever, the more burning the temptation became.

The long struggle yielded no comfort so I lifted my aching torso from the bed, staggered to my computer and in a haze of illicit thoughts and forbidden wishes I began striking the keys desperately hoping for a swift relief from this everlasting ache. The most provocative images suddenly overwhelmed my mind and I descended into an eerie trance in which I could personify my wildest dreams and passionately portrait my perverse desires. I fearlessly ripped the veil of shame, audaciously crossed every moral boundary and took sanctuary in an uninhabited realm and discerned my feral dreams. With every stroke, I feverishly explored every obscure corner of my manic imagination and transcribed its unspoken discoveries. Throughout the dark hours of solitude, I embarked upon a sinful journey into the depth of indulgence, flirted with fire, touched the untouchables and desecrated the very symbol of reverence. Audaciously I traveled through the magical spheres of ecstasy and explored the exotic realm of uninhabited bliss until I reached the climax in my text. I sighed in relief and clicked the print icon and spilled the product of my self-gratification on the paper.

My dazed glance was fixated on the flood of document rushing out of the printer stained with another capricious fling of a scoundrel’s mind. Hardly I managed to release my numbed fingers off the enticing letters on the keyboard and dropped my exhausted hands clumsily in my lap. I craved for a cigarette before I was thrown into a catatonic state until the sharp point of the first ray of the morning sun put a period on the last sentence of my latest nightly debauchery.