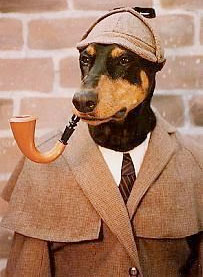 I wanted Christie to feel like I needed her, but there was no way I would use Paul’s immaculate truck to actually move furniture. A tiny scratch could total our friendship and I would never see his wife again. I rented a U-Haul trailer, occasionally driving the truck around the block so that when Paul inspected it he couldn’t tell Christie the odometer hadn’t budged. Operating Paul’s pristine machine that week I had become overly sensitized to fine craftsmanship. Every time I saw Katie at work, I marveled at her breathtaking sense of self-design. Her hair, an alloy of gold and copper, was short with a precise trim that was always on schedule. When I remembered her hands, her fingernails looked like they belonged to a busy woman with no time for nail polish. But when her hands were in view, I could see that the nail polish was there, camouflaged to memory by a perfect color sense in her choice of outfits. Her sunglasses reflected yellow so that when she removed them, her eyes flashed with extra blueness. Her father’s eyes were dark brown, but when it came to fashion sense Kataayon had obviously inherited her father’s eyes.

A few times that week, Katie sat next to me in meetings, and once she slowed her bride-white convertible by the curb to ask if I needed a ride. This time her car smelling like lilacs carried more meaning for me. I told her I was just taking a walk around the building. As she drove away, she glanced at her side view mirror and caught me tracking her.

“Here, smell this,” Christie said offering me her wrist. Her skimpy dress stuck to her sweaty body in torn strips. The hound took off snarling in pursuit of the scent. Images rebelled into fragments but I kept the dream on the beast as it chased down its prey.

It sprang up growling at the running figure who, at the last moment, twisted around in a desperate effort to defend himself. I glimpsed a face. Dark brown eyes. Can’t be!

“Clear!” a voice yelled through a commotion of screaming sirens, and Holmes’ body jerked in an arch. Somehow the hound still had a jaw grip on his ankle, savagely tossing him from side to side like a rag doll. His pipe and deerstalker cap went flying in different directions.

At the end of the week, I returned Paul’s truck unscathed and still smelling like lilacs. He almost sank to his knees like an Arthurian knight with a vision of Christ. It must have been an unbearable week for him. “I would sooner have lent you Christie,” he kidded nervously as he caressed the hood.

“I bet she was hoping I would take it for a spin in the mud flats,” I replied. “That truck needs to be put it in its place.”

Paul didn’t ask what I meant. Instead he winced at the idea of his truck getting muddy. If he had asked, I was ready to tell him that after five years of marriage Christie had noticed how well she complemented Paul’s digital surround sound system, high definition television, and pink maple desk. Though there was a time when she belonged in his tidy set of accessories, more and more she was appearing out of costume in defiance of the theme. Paul thought his fights with Christie were about her not wanting a child. He should have found out why she couldn’t imagine him as a father.

Without the status of motherhood, Christie was making a mistake stepping out of her display cage. A new catalog had arrived with Katie on the cover, and she was an enviable accessory. Katie and Paul had started working on their second project together, and whenever I saw the two of them huddled around a monitor, they looked magnificent as a set. There were office rumors about them, of course, which I denied until one day before one of their business trips Paul asked me not to mention to his wife who else was going with him.

“Don’t ask me why, because I’m a terrible liar,” he gulped pleadingly.

I could no longer just let matters take their course. Paul’s asking me to lie to Christie had involved me. Ironic, I thought, that all this time I was afraid Paul’s honesty would get me tangled up in his life. “You don’t have to lie, Paul, just tell me something true, anything.” I said.

“OK, that’s a start. Which sock doesn’t match?” I probed.

“Not the one you think.” He shook his head anxiously and left.

The day Paul and Katie left for their trip, I got an odd email from Christie. It just said, “Please, can I spend tonight at your house?”

I replied with just one word: “Yes.” Then I deleted it and wrote, “Not a good idea.” Then I deleted the whole email. I could always tell her I never got the email. Matters had gone off course from my projections. Katie was supposed to take Christie off the board in a few moves, not get into a dragged out extra-marital gambit with yours truly as the center pawn.

When Paul and Katie returned, I asked him point blank if he was having an affair. He said no. I pressed him and he replied, “Look, no woman can ever come between me and Christie.”

“Then why has Katie been dropping by for chats, lending me music, forwarding me e-mail jokes, and in general displaying an anomalously low fear of rejection for a woman in good mental health?”

“Dunno,” he shrugged unconvincingly– he was right about being a terrible liar. “ Why don’t you ask her?”

I planned to. Katie had to know that our friendship wouldn’t survive the agenda she was entertaining. But because we were both Iranians, I thought I could gently get her to cut it out without confronting her.

The next time she stood at my office door, I fired my first question at her. “Katie, what made you take the trouble to listen in on my dream workshop that evening?”

She looked unnerved. Then she stepped in and closed the door, pressing in the lock.

”Can I tell you something?” she said, looking very serious. This wasn’t flirting, but her aggressively locking me in had started my heart racing.

“Sure,” I said hesitantly.

“I’ve been having dreams about you since then.”

“You are there with my father.”

So much for that, I thought, laughing out loud. “Am I that much older than you?”

“He was electrocuted. Fell off the roof,” she said, deadpan.

I was at a loss for a response. This was so suddenly personal that I would scarcely have been more surprised if she had locked the door to take her clothes off.

“So sorry to hear it. What happened?” I said after a long pause.

“In the dream he’s making Tank play dead for you,” she said ignoring my question.

“So why do you want to see Tank do tricks for me?”

“Not me. My dad. He liked to teach Tank tricks.”

“But this is your dream.”

“No!” she said, chopping the air for emphasis. “My dad…Baba has…he’s…” Bright blue eyes darted around the room looking for a word. “Baba…”

I was about to ask, “As in his spirit?” but realized that if she meant “spirit” she wouldn’t have had to search so long for the right word. Persists.

At this point, my telephone rang. It was my wife wanting to know if the principal at my daughter’s school had been able to reach me. She said I had to find out for myself what our daughter had done so that I would understand divorce was a big mistake. Katie, recognizing who it was, unlocked the door and quietly waved goodbye.