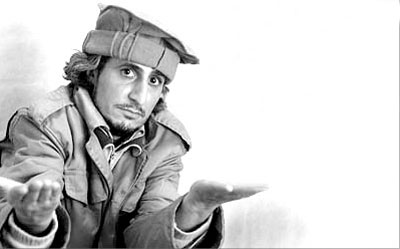 Everybody knows that Internet has changed our lives. This also in how we treat things e.g. music. While the last decade of the 20th century and the first decade of the 21st century were about accessibility to music, the second decade started with a cloud on what this accessibility brought with itself as well as a new concept of “selectibility”[1]. Different types of new medias starting from Napster, Direct Connect[2], LimeWire[3], Piratebay[4] and Rhapsody[5] till the latest invention namely Spotify[6] were added to our lives. These companies made music available to everybody through their file sharing system or services. This (accessibility to music) made the music industry less profitable. Just as a side track, Spotify should be highlighted as it is especially interesting. It has become a test bed for the big four (Sony, EMI, Warner Music and Universal) as they all are its shareholders.

As it can be seen, even the big four are wondering how to make money on music these days. It is though worth noticing that Sweden has benefitted from the huge success of Spotify’s free ad-supported music streaming service, which helped sales of digital music soar by 98 percent and CD sales by 1.9 percent (The Local, 2010)[7]. Good news for artists and the music industry as a change! Having said that it is important to notice that this increase did not replace the financial loss the music industry has been put up with.

Today we simply rely much more on technology in our selection. Sites such as YouTube and services such as Pandora are delivering contents free of charge to the general public. The music industry from being a major export product has fallen to a hard selling intellectual property. It is worth mentioning that music used to be ~7% of Sweden’s GDP. Those days are gone. It is no wonder why Sweden also did set the pace to tackle music piracy[8].

This was a short environmental analysis of the internet’s impact on the music industry. This article is though not about the importance of Internet or whether making music available to everybody is a good thing or not. It is instead about what music or musicians are worth for people! And in specific; for Iranians! Are Iranians art lovers or are they art owners?

In order to answer this question, let’s study the generations. The generation that has grown up with Internet and is familiar with the accessibility it brought with itself, is generally unfamiliar with the concept of paying for music. It is not only not paying attitude for music that is important but also the culture this generation brought with itself. When did this change actually start? The author’s theory is that by the introduction of CD burners, this mind shift started. All this introduced a concept called undervaluation of the work of artists.

In general terms, the concept of Copyright is somehow forgotten by the younger generation. This does not only concern music but also software and intellectual material on the web. Also the public is bombarded with low end music produced by amateur musicians and home studios with no mastering ability to produce good music. But who is it to blame? Should the blame be targeted towards the root cause of the problem, namely Internet and freedom of information? Had we not had Internet, music (or other intellectual properties) would not have been made available this easily. Is Internet a good thing or a bad thing? Shouldn’t there be some sort of regulations on how much information should be made free? There are probably as many opinions as there are individuals who would argue about this “chicken and egg” problem. Majority of the people would probably vote in favor of the freedom it has brought with itself.

Many of the record labels and distributors have tried hard to convince the public that burning CDs and downloading files is taking away money from the artists. But have they ever asked how much music, musicians or artists are worth for people? A study made by Urban Institute showed that while 96% of Americans value art, only 27% value artists (Jackson, 2003)[9]. As an Iranian, we would certainly want to ask how much does average Iranian value art or artists. The past 30 years have of course fueled the down trend characteristic of the answer. The fact that there is almost no support for music and no attention is given to art and artists have made the raw number of individuals engaged in artistic field to decrease. On top of that, by the Ministry of Culture and Islamic Guidance filtering what could be released or published, it has not been made any easier for the artists to stay motivated and survive. Not being a rich nation does not add any positive side to this question.

All this gives us reasons to believe that the difference Iranians have is that the same question probably would have a reverse answer i.e. probably 27% like art while 96% like artists. Hence no one pays for the art. This statement is not a scientific statement and is the author’s opinion. The reasoning for this statement is that Iran has been deprived from its artistic growth. And as mentioned earlier, there is no support or aid for artists. There’s been an inadequate set of support structures to help artists, especially younger, more marginal or controversial ones. The low income level of the generations without a good social support network by the government also has caused people looking after themselves rather than valuing art or even each other. Intellectual necessities have been neglected. As such the number of artists, who are encouraged to follow the path of their love, is low. This low number of artists has made an artist to be an extra ordinary individual between Iranians. The economical aspect mentioned earlier as well as cultural aspect affected by the economical questions, has made people not wanting to pay for things but rather wanting and asking things for free. All Iranians very well know the saying “kooft baashe vali moft baashe”.

This phenomenon is nothing specific to Iran/Iranians but many of the developing countries share the same mind set. Notice that when even someone like Sultan M Ghaznavi did not want to pay for such a national treasure as Shahnameh, what could we expect from the average fellow countryman? Without a doubt, if one asks an average Iranian how many Iranian painters or photographers he/she can name, at best one or two names will come to their minds. People would probably say that Farshchian[10] is a major carpenter from Kerman or somewhere else. This attitude of not wanting to pay for anything together with the availability of intellectual properties free on the Internet, paved the path for the average Iranian for not making an effort to pay for music.

All the above, gives us reasons to present the theory that the average Iranian is an artist lover but does not value art. Again this is an opinion and has independently or scientifically not been verified. Nevertheless, it is believed that this (not valuing the work of artists) represents a danger to our culture as such. Artists make us interpret our past, define and structure the present, and imagine or predict the future. Art in whatever format, helps preserving a culture. The only way to encourage an artist to work more and spend more time to make a name of Iran on the cultural scene of the world, is to financially support him/her in his/her path. This is not enough but we need a shift in minds for making true[11] art popular in between our youth and ourselves. Note that we do not classify what good or bad art in this article is. But rather art in general.

One could wonder what really happened to Persia? From being a center of art to its current state! Regardless of the answer, a correction is only possible through a shift of mind when it comes to valuation of art. Let’s ask ourselves; When was it last time we paid for Iranian art or Iranian music? How many of us actually buy the albums of our music bands and artists? Why do “Iraniyaa pishrafte hamdigar ro khaari mibinan dar cheshme hamdige”. But the main question is: “How can we bring that change to our own community?” Any idea anyone?

[1] An invented word by the author for the purpose of this article.

[11] True art is referred to an art form that is not meant to be used for a mass production or for glorifying efforts such as those produced as souvenir.