My Tribute to the late Mr. Yazdani 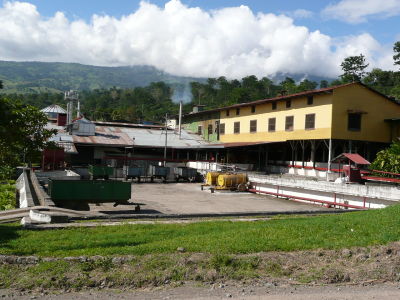 He was a man of contrasts. And this I know first hand.

I lived in Costa Rica (82 – 84) and worked on one of his farms (Finca de Aquiares) courtesy of his kindship towards his countrymen in exile. We were a group of 60-70 Iranians of varying ages working administrative jobs in the farms and the bank he owned there. There were ex-generals and there were young people like me with none whatso-ever affiliation to him prior to our arrival. I will not name names since I respect their privacy.

He owned 6 farms in all and one bank so no, he did not own most of the banks, and no he did not run the political system. As all wealthy businessmen do, he did what was necessary to influence politics towards his own aims.

He could and did easily screw the rich but he did give to the poor and he gave a lot. All workers (not just us Iranians) in his farms, aside from their salary, received, in proportion to their family size, monthly amounts of rice, meat, and cooking oil. I remember well those hellish rainy days when we (the Iranians of each farm) had to weigh, pack, and deliver the stuff to the families. This in a countryside where eating meat was a luxary.

In his daily life, he could be cordial and jovious and he could be harsh. He was a dictator and things had to be run the way he wanted them to. He would eat standing along with us, or have parties for the government ministers and dined and wined them.

As for his past in Iran, I will not judge him since I have no first hand and documentable information, just gossip. As for the man I met in Costa Rica, I will only say thank you and God bless.