Come along to Hong Kong 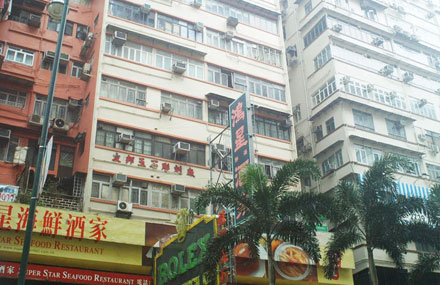 When we got there it was cloudy. I could hardly see the peaks standing tall all around the airport. It was exciting. The girl helped us take our suitcases to our ride. I offered her ten US dollars, which is over 70 HK dollars. It’s a lot of money. She refused! [Photo Essay]

The ride was smooth and the driver was speaking non stop about how he hates the Chinese government and that they live like Western people in Hong Kong. He said that China’s policy wouldn’t work. I asked what he meant by that, “Nothing, China is not democratic like Hong Kong”. I thought that I needed to learn more about Hong Kong.

At first I was very impressed by all the buildings and high rises that go from one end to another. It seemed like 12 or 13 Chicagos put together.  Very soon I got tired of the city. On the second day, after shopping and sight seeing, I visited the Hong Kong museum of natural history. It was an incredible experience. After going through the actual pieces found in the island, you would then enter a room to see the movie about the related topic. I enjoyed it very much.

When I left I was bored again. I got on the sub way and got out in another part of the town, and still the same streets, buildings and shops, as if I had never left my hotel area. Tiring. The hotel management in tourist part of Hong Kong, Holiday Inn, were incredibly rude and unhelpful. I was shocked to learn that most people cannot speak English.

Being there made me think about my previous days in Vietnam. When asked my friend who lived in Hong Kong about life in that city, he said that he was happier than ever. When visited his apartment I got a bit claustrophobic. “Where is your wife” I asked, “She visits other countries for business and will return this weekend.”

People lived in tiny places, worked really hard, didn’t see their kids as often as they should but were happy, and that was good. I asked a few people what they thought about Vietnam and they all laughed saying that they are third world, not like Hong Kong. I then told them about my experience and the fact that many people lived in bigger places, had yards, time, and closer families. I just wanted to get a reaction from them. They were indifferent and said that they don’t care for that kind of life.

It’s understandable to some extent. But I believed that they judged Vietnam from salary and income perspective. We all do that. However I was still thinking that there are positives in both societies that need to be balanced.

Third day I was so tired of the city that I had to get out. We drove of to the countryside. Most people in Hong Kong have not seen the country. Many that I met didn’t even know it existed. I visited a traditional village with narrow alleys. Couple of doors was opened and I quickly took a picture from the inside. The villages were very charming. Hong Kong nature is breathtaking.

This wrapped up my Asian trips. I think Asian people in general are very superstitious, strong minded, and hard working. I learned a lot about the region and am fortunate to have had the opportunity to experience life in another part of our world. Thanks for coming along with me. [Photo Essay]

PrevPreviousBack to the Torture (Part II)
NextIran: The Establishment Frets Over the Supreme LeaderNext