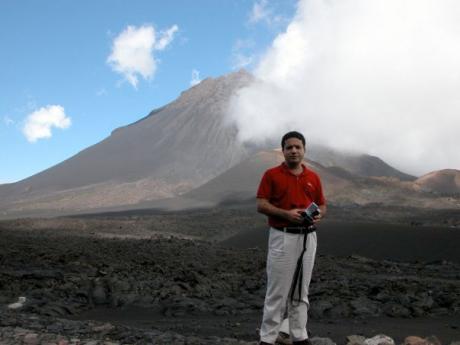 I don’t read carefully. I scan. My first reaction was not one of shock. It was which Ramin? I know at least four Ramins. And Azita’s name did not ring a bell.

It took a few minutes before I read the message again. Then I saw “Rome” and it hit me. How can he be dead?

Ramin Rafirasme and I had a lot in common. We were almost the same age. I was born in 1962, he 1963. We grew up in a bi-cultural environment (Iranian-American, Iranian-French). We had strong mothers while our fathers were absent in one way or another. Our families were not religious and yet we were strongly attracted to the Islamic Revolution. In 1981 we joined the Iranian state news agency (IRNA). The same year we married co-workers who were best friends.

Ramin took on big responsibilities with ease. He became a senior editor almost immediately and was one of the closest aides of Kamal Kharrazi, the head of the news agency and the War Information Headquarters. If you had met him, it wasn’t hard to see why. Despite his boyish looks and petite stature, he was charming, sophisticated and confident.

In the mid 1980’s I was posted to IRNA’s London bureau and Ramin became chief correspondent in Rome and Paris. In 1989 we were both assigned to cover the Non-Aligned Movement Summit in Belgrade. That’s when we became friends. We had abandoned religious dogma and were reverting back to our pre-revolutionary roots, especially in our personal lives.  (I have written about that trip and referred to him as my “Iranian friend”.)

Five years later, Ramin and I crossed paths again. I was going to college in New York and working part-time at Iran Business Monitor, a monthly magazine aimed at luring American companies to Iran, before the Clinton Administration imposed sanctions. I wrote and compiled the articles and Ramin took care of the page-setting and publishing operation. But he had a much more important job as spokesman for the Iranian mission to the UN, under Ambassador Kamal Kharrazi, who had surrounded himself by many of his trusted editors from his years at IRNA.

It was a critical time for both of us. We had already broken emotional and ideological attachments to the Islamic Republic. But soon we would stop our professional affiliations too. Meanwhile Ramin’s marriage — like mine a product of the revolution in many ways — had been on the rocks. I had gotten a divorce years earlier and now he wanted his.

Azita picked me up in her car and we headed to Shemiran Sq in north Tehran. We didn’t speak much, certainly nothing relevant to the grim situation. I avoided eye contact as much as possible. We had a job to do and it was best to keep emotions at bay.

At the marriage and divorce registry office, a molla was speaking to a client. While Azita and I sat in the waiting room, a clerk came over and asked why we were there. I said I had power of attorney from Ramin to divorce Azita, who had consented. I added that I was going back to the U.S. in two weeks.

The clerk looked at me like I was kidding. It was impossible to get a divorce in such a short time, he said. But this was Iran and of course anything was possible, for the right amount of money. Seeing panic all over my face, I was offered a solution.

The clerk was also an employee of the family court. He told me to come to his office in a week and bring along 220,000 tomans (I think the equivalent of about $1,500 at the time). I carried out the instructions, slipped the cash envelope in the clerk’s desk drawer, and the divorce was finalized. Just like that.

Not long after coming back to New York, Ramin and I parted ways. I had just launched iranian.com and soon left for California. He too left New York and became a senior administrator at the UN Food and Agriculture Organization, FAO, in Rome and traveled frequently to Africa for various projects.

Last summer I saw a mutual friend and I asked about Ramin. He said he was recovering from a recent breakup with someone he loved very much.

Ramin and I were Facebook friends but never communicated. Until a couple of weeks ago when he left a comment on my wall saying he was writing a book. I encouraged him to tell all. He had many powerful and influential friends. He had first-hand knowledge of many key IRI figures and events. I’m sure it would have been an important book from the point of view of a former insider.

“What happened?” I replied to Azita’s Facebook message last night. She wrote back that Ramin had been suffering from kidney disease for some time and finally lost the battle. She asked me to come on Skype for a chat. Their divorce and Ramin’s distance and detachment were big question marks for her. I explained that Ramin did not share his personal feelings with me except that he wanted to be free and for her to be independent and happy.

Azita was on her way to Rome to be by Ramin’s side before tragedy hit. It wasn’t meant to be.

I wish her and their beautiful children Saba and Hafez peace, with the consoling thought that Ramin’s good soul will live on.