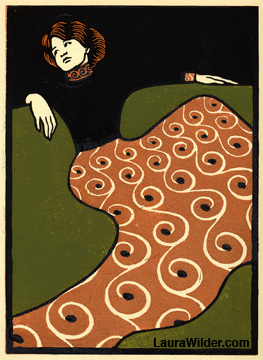 “Yea, we were both a bit buzzed. I was just saying it out loud; it’s more honest than drooling.”

“But you’re not honest; you’re just unedited,” I replied. “A married man hitting on a coworker isn’t exactly Sir Galahad.”

“You and Katie can think of it any way you want, I’ve already told you I would never cheat on Christie. Do you know why?”

“You think it’s because I’m afraid she might cheat on me.”

“You’ve said so yourself, more often than I care to hear.”

“By the way, I wanted to ask you, has Christie’s been coming on to you lately?”

“For God’s sake, Paul.” I protested. I had deleted Christie’s email, offering to spend the night at my house when Paul was away. But where was that subconscious repression mechanism when I needed it most? How was I to look Paul innocently in the eyes and deny that I had almost said ‘yes’ to his wife?

“She has, hasn’t she? You’re a worse liar than I am,” Paul accused.

I turned to the computer screen, peeking under folders and papers in search of my headphones.

“Well it’s not what you think,” Paul said. “You don’t have it all figured out, you know.”

“I can’t hear you,” I shouted over his voice as I secured the headphones around my ears.

“Has she been to your new house?” He yelled anxiously at my headphones.

I pulled the headphones off. “What?”

“No, she’s really sick. Told me not to tell anyone.” Paul’s words hung in the air, framed by the shocked silence that followed.

“What’s wrong with her?” My voice didn’t make it all the way out.

“Out with it, Paul. What’s the matter with Christie?”

I listened in bewilderment as he painfully drew out an explanation.

“Few months ago she left in the middle of teaching her class, drove to a hospital very scared and said she was feeling suicidal.”

“Has she tried to hurt herself?” I asked.

“She doesn’t want to, but swears if she is left alone she will. Says something inside her wants her dead. When I’m not around, my mom is watching her around the clock. And please don’t say she’s making it up because of Katie. That’s what my mom kept saying until this last MRI yesterday. They found something.”

“Near her pituitary gland, so tiny, they missed it a couple times. But it’s there and her chemistry doesn’t seem right, now that they know what they’re looking for.”

“Then why is she with your mom, for God’s sake? She should be hospitalized so they can watch her.” I was suddenly terribly worried because Paul’s mom was the wrong person to put in charge of Christie’s life. Paul was an only child, and Christie not wanting kids would have ended her in-laws’ bloodline. The subconscious monster knows no morals, and the one in Paul’s mom would take the opportunity to strike in self-defense. Where was she when Christie was planning to spend the night at my house? One unintentional “oops, I went to – answer the phone and she took off in her car,” and the murderer would get a call from the police informing her that Christie had driven off a cliff. The perfect murder committed in perfect innocence.

Christie must have sensed this negligence and the reason for it, which may have been why she asked to spend the night at my house, perhaps even in my bed, so as not to be left alone. Stupid, stupid me! She stuck her neck out to get me a truck I didn’t even need, but when she reached out to me for a little help saving herself, I deleted her plea in a childish panic of cold feet. She could have just come clean with me, I told myself to alleviate the guilt. But how could she trust that I would take her request at face value? I wouldn’t have, to be honest.

“She’s being admitted to the hospital today, now that they’ve seen it with their own eyes,” Paul said. “So please, can we stop this thing with Kaite, at least for now?”

What Paul didn’t know was that Katie and I had already been out for that beer. Our conversations had covered her birthplace London, summers in Iran, high school life in California, and her days at Stanford. She avoided talking about unpleasant matters such as her father’s electrocution. I had missed my chance when she seemed ready to talk about it that day in my office. Yet opportunities lay ahead because matters had advanced far enough between us that she had invited me to her house that evening.

The sycamores circling the office campus were still in their twenties, yet wise enough that strolling under them untangled the knots in one’s mind. I began to plan the cancellation with Katie. The phone call, the apology, the fake rescheduling, the finessing of feelings. But every draft left me with a sensation that I had missed something important. Some laps later I glimpsed what it was: if Christie hadn’t gotten sick, Paul would have been silly putty in Katie’s hands and she wouldn’t have needed me to blackmail him back into the game. There would be no invitation to her house in the first place. Christie’s puzzling illness had started the chain of events that had led to my invitation to Katie’s house. Yet it was because of this very illness that I was turning down her invitation. The loop didn’t close right.

Mystics say that paradoxes are signs from a Higher Understanding. Normally I ignore such significances, but sometimes not being superstitious is taking a chance. My prayer in grief for Christie was being refused. Something more was being demanded of me, and I had to go to Katie’s house to find out what it was. As soon as I understood this, I felt a morsel of pleasure pressed into me, as though someone just fed a puppy a dog biscuit. “Good boy!”

Despite his monstrous size, Tank was too old to protect Katie. Like a dozing chaperone, he occasionally stirred, scratched and yawned to remind us of his presence. Katie had good taste in wine and music, and she entertained graciously with a duck fesenjoon I had no idea she knew how to make. Somehow the romantic comedy she had selected with admirable precision to watch together after dinner didn’t go with the fesenjoon. The dark sensuous aroma of the khoresh was Iranian, but the couch and the movie were too Peggy Sue. There were logs, ready to be lit in the fireplace by the sofa. As this was summer time and the air didn’t chill until early morning, she was already setting up expectations as to how long my visit would last.

We moved to the couch on schedule and I reclined perusing a coffee table art book. Katie cuddled next to me to look over my shoulder. At first I thought it was her hair brushing softly against my earlobe, but sometimes it was her breathing.

“Do you also keep a family album?” I asked, untangling us to put away the art book. In the past, my asking about family in the time slot reserved for seduction had caused my date to suddenly remember what a busy day she had the next day. What can I say? The Iranian in me couldn’t help but ask. Yet figuring out Peggy Sue had been part of my college curriculum in America, so I had learned when I could get away with it. Katie had an agenda that would not be completed if she threw me out.

Katyaayoon eyed me amusedly, then she got up to fetch a photo album, opened to someone she knew I was looking for. There was her father holding up Tank as a tiny puppy.

“It was a Halloween party at our house,” laughed Katie, “Baba dressed up as Sherlock Holmes in the Hound of the Baskervilles.”

“Tank’s the hound,” Katie went on, as though mistaking my dumbstruck expression as a missed-the-joke stare. “Poor little thing is a bit miscast for the role,” she allowed.

I wasn’t really hearing her.

Now I knew why the Sherlock Holmes in my dreams looked so different than the first time I dreamt him decades ago as a child. It wasn’t the same Holmes! The new Holmes had bushy eyebrows, an artist’s thick disheveled hair and stubbled face. The wrinkles around his dark brown eyes were habituated to the weeping and laughter of a poet. He wore a kilt.

Was this another flirtatious joke Katie had concocted while spying on me at the dream workshop? I was trying to buy time with my bewilderment, so I said, “Tank could use some acting lessons, but your dad is a very creative Holmes.”

She brightened at the compliment, as though it had been directed at her. “He wasn’t just a fashion designer you know. People didn’t know he was a genius at everything, just like Sherlock Holmes.” She said proudly. “Did you notice the kilt?”

I looked carefully a second time. Despite the superficial appearance of regularity, the pattern never repeated itself. Some of those pleats weren’t really pleats, but part of the pattern. “Did he design this tartan himself?” I asked, still searching for a logical explanation for the picture.

“He got the inspiration from some medieval Persian puzzle. There wasn’t a brainteaser Baba couldn’t solve in his sleep.”

Katie smiled. “That’s because for women he used a different technique. Do you want to see?

“Are you sure you’re interested? You suddenly seem a little distracted. Taarof mikoni?”

Kataayoon clasped my wrists and leaned back to spread her body across the sofa, drawing my hands to her blouse buttons. Then she said,