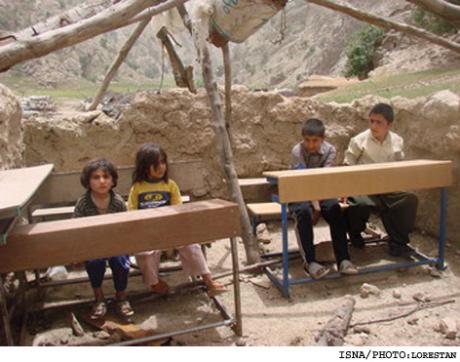 Moslem, Babi- Bayani, Bahai or believe in Humanity in General?

How can we solve this problem? The tension between so many different religions, bring a lot of problems for the people who want to live in peace and unity. I heard from the Bahai prophet if the religion brings difficulties and disunity to have no religion is better. I have spoken with one of my friend an American Bahai, who is very keen with this religion and almost he is like a fundamental person. He thinks the whole world should be Bahai, so we can solve the problems with the Bahai guidance. But how can we change the six billions of people of the world into the Bahai faith? Some Moslem there are so fundamental that they say even if the Mohammad self comes down from heaven and tells us that the Bab is a right Godly person and or is the prophet of God; I will not believe him and I will deny him. And my best friend, who is a fundamental Christian, says he will never read the books of other religions, as the Bible is a complete book and I do not need to read other books. The whole true is in Bible. Like Omar, he has been asked by his army people what can they do with the libraries in Iran.  He said burn all of those books, if they agree with Quran, so we do not need them and should be burned and if they do not agree with Quran, we do not need them anyhow. Burn all of them. Some people make good businesses with religions and they do not want to lose their businesses. Just like in the Christ time, the Rabai did not want to accept Jesus, because if they did,  they will lose their business and their respect and income.

Some people they believe in their religion so deep that they do not want to listen and see other thinking. In general if religion can bring love and peace and unity, just; it is fine. But if the religions bring hate disunity and stupidities, it is not fine. We are all the children of one race or one God. And we should love each other, respect each other and help each other. All religions told us these facts. I think the humanity is above all religions and religions are created by God to bring humanity for the people and not hate and disunity. We should not misuse the religion for hate and killing. Science, love and humanity should be taught in all schools in the world. Respect and tolerance should be there, so all of us can live in peace next to each other. But the so called clever people misuse religions and nationalities and races for their own business, they divide the people in different groups and so they can control them much easier.  The people, who robbed billion of dollars from the illegal ways and control the whole world, as long as we are not united and fight with each other above mentioned subject, we are in their line. The line of hate and disunity is their way.

The solution is that all of us regardless to believing different religions, or belonging to different artificial boundaries, or artificial races should love each other help each other and do not misuse each other trust and love or respects. The system in the world is generally corrupted and or is very indifferent. If you robbed by Moslems or Bahais or Christians, the system and the religion administrations do not care and ignore the matter.

The Bahais are in a bad shape now in Iran. Many of them have been killed, because they born in a Bahai family. Thirty thousand of them have been killed in the past and in Khomeini time more than two hundred of them have been killed unjustly. In the Shah’s time their temple has been destroyed by general Batmanghilich and the government allowed this attack. The Bahais were misused by the Iranian government and some Iranian people. But do you think the rest of them in such critical condition are better? They robbed my friend, because he trusted them. I have been misused and robbed by them and by the Moslems both. So as you see religions will all their moral guidance cannot change the people be better. With other words, that is the people who misuse the name of religion and the indifferent administration. The (some) Bahais like (some) Moslem and other religions show love and interest about you. You trust them, and later they robe you and take a lot of advantages of your trust. The religion alone cannot influence the people to be good. We should educate people to be nice and good and we should have also a natural system of Just to punish the people who are misusing other people love and trust.

Love should not die, not in Bahais not in Moslem and not in all other religions and people.