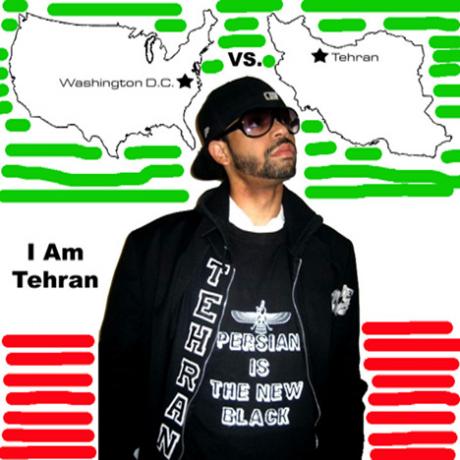 One of the few things that everyone agrees on is that theenvironment is very important, however not everyone actually does somethingabout it. The ozone layer is dying, theocean is polluted, and millions of tons of trash litter our lands. The Earth has become a giant trashcan that wecan never throw away. The photographs ofthe recent BP Oil Spill Tragedy off the coast of the Gulf of Mexico spreadingthousands of miles down the southern coast serve as a reminder to us all thatour Earth is very precious thing.

It is ironic to me that the recent political movement inIran has been nicknamed the Green Revolution by the media. That the slogan ‘Go Green’ was soappropriately picked for a Persian movement, because while the rest of theworld is trying to catch up…us Iranians have been ahead of the environmentalmovement for thousands of years.

#1: Turn theLights Down Low. Environmentalists all agree that leaving lights and appliances runningovertime is the top way that we waste energy and harm our environment. Well if you’ve ever been yelled at forleaving the ‘lights on’ or have heard ‘cheragho khamoosh kon…pool-e ab o barghzeeyad meeshe’ then you know us Iranians do NOT like to waste energy. Persian parents have told us for years toturn off lights and close the refrigerator door. Persian kids have gotten many ‘to sarees’ forleaving the TV on even while they are watching it. Iranians are bright enough without lights.

#2: Don’t ThrowMe Away. Scientists predict thatin 10 years hundreds of islands of trash as big as some countries will befloating around our oceans. SO big thatwe might have to put them on some maps. Not only is this disgusting but its horrible for the environment. They suggest that people learn to not throwthings away and recycle. Iranians haveknown about not throwing things away for centuries. The catch phrase ‘nandaaz door yek roozee bedard mekhore’ is very common in any Persian household. A testament to Iranians and NOT throwingthings away. Recycling is also not newto Iranian families. A dirty shirtbecomes a car rag. A coat hanger becomesa plant holder. A box becomes a filecabinet. Iranians are like McGuyver whenit comes to reusing objects in new and creative ways. In fact many Iranian households have garagesfull of ‘junk’ that any ‘normal’ person would throw away…‘normal’ horriblepeople who don’t CARE about the environment that is.

#3: HowCold? Ice Cold. The CFC and HCFC fluorocarbon gasses that airconditioning units emit are responsible for depleting the ozone layer. With no ozone layer it wont matter how muchair condition we use everyone on Earth will burn into a crisp. Iranians must have known that for yearsbecause even in our nice new cars we drive with the windows down and make sureto keep the AC down in our houses as well. In fact every Persian kid knows its an automatic yelling if you open thedoor to the house for more than 5 seconds at any given time because ‘havayekhoone raft.’ Iranians have a love/haterelationship with air condition. Theydon’t use it ‘alaki’ like so many Americans. ‘Migeh assbaabaaziye?’ That’s whyIranians are so cool.

#4: Best Stuffon Earth. Organic food isanother way of saying natural food. Thatmeans food that is not injected with hormones or genetically altered. Its also another way of saying Iranian. All fruits from Iran like ‘lemoo shirin’ and‘kharbozeh’ are naturally grown and produced. Iranian farmers don’t use things like hormones, genetic htc, anddangerous chemical fertilizers (unfortunately sometimes they don’t use pesticideseither) to grow their fruit. Iraniansthemselves prefer natural foods which is why Whole Foods and other ‘morenatural’ store chains are always littered with Iranians asking if ‘eentaazas?’ Besides being natural andbetter for you, organic foods are also much better for the environment. Us Iranians knew that the WHOLE time. The only thing we don’t like natural are ournoses.

#5: Buy Big. Packaging and wrapping causes moretrash. More trash is bad for theenvironment. The solution is to buybulk. Anyone who has ever been to a Costcoknows that Iranians LOVE to buy bulk. Costco is Baazaar-e Tajreesh every Saturday and Sunday as Iranians crowdin to find the best savings on bulk items. Purchasing items that have less packaging means that there is less ink,less design, and less waste overall. UsIranians are all about buying big andwasting small. Iranians don’t just buybig we think big as well.

#6: Big Wheels. The talk regarding hybrid andelectric cars really deals with the idea of fuel efficient cars. Fuel efficient cars use less gas and haveless emissions than the average vehicle. American cars traditionally rank on the low end of fuel efficiency. However us Iranians do not buy Americancars. The car of choice for manyIranians is the BMW and/or Mercedes Benz. Both these cars rank at the top of their class in nearly every aspect ofdesign including fuel efficiency and low emissions. In fact many Mercedes engines are still basedon the original diesel design which cuts most emissions by almost 25%. In fact BMW and Mercedes Benz are the onlytwo car manufacturers to be listed on the Dow Jones Sustainability Index 7years in a row because they are in the top 3 car companies that areenvironmentally friendliest from beginning of production to end. They do not just build more environmentallyfriendly cars they actually build the cars more environmentally friendly. If BMW and/or Mercedes Benz builds itIranians will come.

#7: Flow LikeWater. Even though Earth is madeup of over 70% water only a fraction of it is usable drinkable water. Of this fraction the average person wastesover 50gallons a day. Not the averageIranian. The average Iranian parent willkill you if you waste an ounce of water. Constantly Iranian parents get on their children for taking long showers(anything over 5minutes) or leaving the faucet running (anything over5seconds). Leaky faucets, which resultin 1000s of gallons of water loss per year, are a Persian dad’s fix-it-yourselfdream weekend. Toilets that go bump inthe night don’t last too long in the Iranian household. Us Iranians do NOT waste water, unless itsboiling for a cup of tea.

#8: MoneyDoesn’t Grow on Trees. Butoxygen does. With our forests injeopardy, being cut down for consumption on a daily basis, many green thumbprojects have been getting more government funding. Well no one has a better green thumb than aPersian mom. Persian moms will plantbushes in the backyard, gardens in the front yard, and even trees in thehouse. Persian homes frequently looklike Greenhouses with big-leafed no-name plants in every hallway and a widearray of flowers on every table. Despitesummer water shortages, Iranians will always water their lawns, making sure theirplants and grass grow nice and green. Everyday 100s of acres of the Amazon jungle are being torn down forconsumption, isn’t it nice to know that 100s of Iranians are replacing theworlds tree supply one plant at a time.

Before I go too farand get into talks about the benefits of ‘aftabehs’ vs. toilet paper it is logicalto conclude that us Iranians may be bad for car dealerships but we are greatfor the environment. I hope Go Green isa slogan that lasts long into our future and that the rest of the world paysattention and as we have always said…learns to be more like us.