The long journey to nowhere 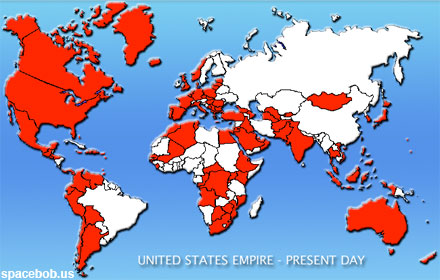 Faintly in my memories I recall an America that was beautiful in many ways. We were a righteous national community, in a good way, respectful and hard-working. During my lifetime, I have watched with much helplessness as we reached middle age the beauty started to fade, and our actions became centered on greed and self-fulfilling daily lives with eyes that could only envision a myopic short-term span. More or less we evolved into an “if it feels good, do it” and “whoever has the most toys wins” mentality that forced a massive change in our general climate, as a nation and a people.

Perhaps the greed and narcissism were always there, when we were colonial children in the eyes of our controlling and callous English King, rebelling against our “parents” and finding a home of our own. As children often do, it seems that as a nation we continue to carry the baggage inflicted upon us by our parents. For example, as a new nation we wanted a peaceful existence and religious freedom for ourselves and our families and we had a distain of extreme taxation — and yet, here we are in the 21st Century where our military and imperialistic intent invade our global neighbors, forcing our strength and beliefs on each other and throughout the world, with little respect flowing from within to all we do.

I don’t mean to say that I have done nothing to face the rapid transgression, but I am no more than one grain of sand on the vast plain of the Sahara. The winds cause the sands to drift and the powder burns during the intensity of the day; at night they become dark, cold and seem merged as one. We are intermingled as people of the world and some forces change our faces and that one of the planet. Some are natural occurrences, but during the years man-made propulsive forces have taken a blackened toll on all the grains of sand.

“The revolution is not an apple that falls when it is ripe. You have to make it fall.”

Ernesto ‘Che’ Guevara’s words still make sense when it refers to oppressive and tyrannical leadership. One person cannot start and win a revolution, much as one grain of sand more or less will not alter the Sahara; however, a surging of grains will make a statement upon the desert floor.

“Here in America we are descended in blood and in spirit from revolutionists and rebels – men and women who dare to dissent from accepted doctrine. As their heirs, may we never confuse honest dissent with disloyal subversion.”

Dwight D. Eisenhower was a gifted General and President and an intelligent human being, but his words have been forgotten. He understood the dangers inherent in government and leadership. He was a strong Republican who acknowledged the dilemma of strong and fair authority. During his administration, Eisenhower enabled government, military, business and the American community to prosper together, not at the expense of treading one upon the other. In my mind he was the consummate leader, who believed in profiteering while ensuring the common good. Eisenhower believed in maintaining America as a respected world leader by his own actions. How many of our current leaders follow his example?

The U.S. has become the bully on the world block. We seldom think in long-terms and do not consider the total consequences for our behavior and actions. During the past decade we grossly underestimated our “enemies” in Iraq and Afghanistan. How could we think that the insurgents in those countries would be easy to defeat? They have learned to do without modern technology and have retreated back to ancient times. They got rid of their cell phones and instead speak face to face. They have learned to do without conveniences and they have blended into the everyday population. We cannot tell who the bad guys or the good guys are any more. We have invaded their lands and have wreaked havoc upon their lives. They call us “the western infidels” and they may be right. We never were the ones to start a fight, but we did finish them.

Wherever we go we seem disrespect and destroy people and cultures. In contrast, we are simple to destroy because we are in plain sight and we must have our conveniences. We are prime targets and we may still pay for our arrogance and illogical aggression. At this point we may have no alternative but to continue our aggressive actions in the Middle East because if we stop it will permit the insurgents the safety net that would enable them to distribute their wrath upon our nation and soldiers and further attack throughout the world. The U.S. has made many poor decisions and even more enemies. We have acted without much forethought and potential consequences for our actions and thus we have inspired hatred for our nation and for Americans.

The U.S. via President Obama and Congress must stop the worldwide blunders started by previous administrations which have evolved into the ongoing military actions throughout the world. It is time to step-up and become more responsible and respectful towards our world neighbors. During the years the world has become smaller and we all must live in it peacefully. Military actions inspire imperialistic profiteering. Peace can also provide mutual profiteering without the callous loss of lives and friendships. It is time for humane kind to be kind to one another and find the peaceful means to coexist. On the other hand, maybe it’s already one step too late.

Peter Stern, a former director of information services, university professor and public school administrator, is a disabled Vietnam veteran who lives in Driftwood, Texas. He blogs at educationnews.org.