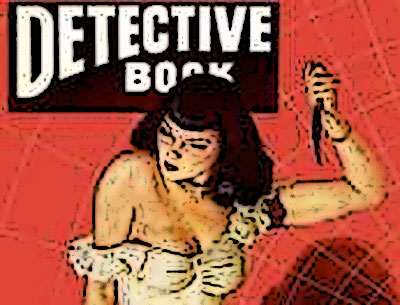 Fall was approaching and Kataayoon’s next overseas business trip with Paul was only two weeks away. Why couldn’t our romance end some other time of year? I kept thinking. Now every dying leaf, every wistful sunset, would remind me of how much I missed her in my life. Of course, the increasing tenderness in her voice and the escalating admiration in her eyes when she looked at me felt as though she was reciting her wedding vows to me. But her ramping up her fondness for me seemed timed for her upcoming business trip with Paul. If in that time she could convince him that I was crazy about her, Paul’s inner baby would jealously try to snatch her away from me and she would willingly let that happen. Even my best efforts at feigning indifference couldn’t hold off Katie’s plans that long, she and I both knew. Two weeks was just not long enough to get emotionally prepared for the blow.

On the other hand, two weeks was too long if I were to rescue Christie from Mr. Gorgani’s clutches. In fact, if Katie and Paul went on their business honeymoon the next day it wouldn’t be too early. I had worked out how to save Christie, but everything depended on Katie and Paul being away. Could Christie hang in there that long? I had to let her know there was hope or she wouldn’t last two more weeks.

At the hospital I was told Christie didn’t want any visitors—Paul had said as much–so I sent her flowers with a note that said I would be in the waiting room all day. By the time the orderly walked up to me to say Christie wanted to see me I had read all the issues of People Magazine going back several months. It comforted me to know that even the rich, famous and beautiful don’t escape heartache.

Christie’s room wasn’t padded as I had expected. As I walked in, she noticed me looking around her room for things she could possibly hurt herself with. “Don’t worry,” she said cynically as she tossed her book on the pillow. “It has to be a sudden death or its no good. I have no compulsion to hang myself or beat my head against the wall.”

“You’re not going to die, Christie, suddenly or otherwise,” I said.

“What I wouldn’t give for a view of the city though,” she said.

“A nice high window, tenth story maybe.” Then suddenly she burst into tears and came up to me to be held.

I sat us down on her bed, caressing her. There was a time, I thought, that sitting on a bed with Christie with my arms around her would have sent my heart racing. I wondered if she could sense that this was no longer true. Would it make her feel physically unwanted now that she was sick in a hospital? Should I try to put a little sensuality in my touch? I wondered.

“How’s Paul taking it?” she asked.

“He’s very worried about you,” I said. “You’re all he talks about.”

“He didn’t stay too long yesterday.”

“Doesn’t want you to feel like he’s too worried,” I lied. “Might scare you. You’re going to be OK though.”

“Like I want to come and my blood is warm pleasure spilling out of me. Then I scare it away because it’s so weird, and I end up carrying it around like a frustrated orgasm. Tell you the truth, I look forward to the next attack, thinking maybe this time I’ll be brave enough to finish.”

She rolled her eyes, holding up some fingers, “What do you think I do here all day?”

I tried to laugh.

“It’s just not the same,” she said forlornly. “It has to be a huge come, you know.” Suddenly, as though her words triggered something painful, her body tightened and her voice grew agitated and louder. “It has to be as huge as Death. I want to fuck Death. Oh God I’m about to have an attack!”

I sprang up to call someone, but she held me down. “Don’t go,” she begged in a pant. “They’ll sedate me. Makes it worse later.”

“Can I get you something?”

She writhed and gritted her teeth, smiling in a strange plea, “A pair of scissors!”

For the next few minutes her fists remained tightly wrapped around an imaginary pair of scissors, which she dug and dragged inside her belly as she groaned. Finally, after a fierce struggle she was back in control, but she didn’t look relieved. The episode hadn’t really passed; it had just piled on her, increasing her burden of frustration. “I’m alright now,” she said, swallowing.

“Christie, listen to me. I want to tell you something that will sound strange, but no stranger than what you’re going through. I just want you to believe me without asking for reasons. If you agree, everything will be OK. Do we have a deal?”

She turned up her palms in mock resignation. “I believed you when you said I was all Paul wanted to talk about. What’s to keep me from believing you now?”

“I’m serious,” I said firmly. “If they did an MRI on me right now, I bet they would find a tiny benign tumor in my brain just like the one in your brain. Except it’s doing something else to me. It’s making me dream stuff, and it’s making me–I don’t know– more driven, more stubborn. I’m dealing with my own obsessive attacks here. You and I both have the same disease, Christie, except with different symptoms. But in a couple of weeks we’re both going to be OK. I’m going to make sure of it.”

“What are you talking about? Were we both exposed to something?”

“Well, yes and no. Here’s where you just have to trust me. No matter how terrible you are feeling, its temporary. Just don’t give up.”

“Is this just pep talk?”

“No!” I caught myself yelling at her. “And to convince you, I’ll stop lying to you about Paul if you want. Ask me anything you want. I don’t care if it makes you distraught because your being suicidal has nothing to do with being distraught.”

She cocked her head at me curiously. For a moment she seemed to have forgotten her condition. “I want to know what we’ve been exposed to,” she demanded.

“We’ve been exposed to bad karma neither of us had anything to do with. Now you can believe me or not, but I can’t tell you anything else, and you can’t tell Paul about this.”

Christie was still blinking in confusion when I called the hospital orderly to unlock the door and let me out of her room. Good, I thought, let her have something to think about besides deadly orgasms. It would help her hang in there longer.

Getting back behind a computer, the next order of business was to confirm my hunch that Gorgani’s fashion empire had taken a dip in revenue just before his electrocution. “Follow the money,” Deep Throat had famously said, the best crime solving advice ever.

Later that evening as the rice steamed and Katie and I mixed onions into the ground beef for a kabob dinner, she explained what had happened to suddenly change her father’s work. He had come home unexpectedly one afternoon and caught his daughter with a classmate between her legs. There had been an altercation where Romeo had tried to defend Katie against her father’s blows. Until that moment, sex had been beauty, sex had been fame, sex had been glamour, sex had been wealth to Mr. Gorgani. But that particular act of sex had broken something else besides Katie’s hymen: the anomaly inside her father’s mind that had kept his soul a virgin to the adversarial and brutal of side of sex. The panicked teenager had punched out Mr. Gorgani’s lights then ran out the door, his clothes bundled in his arms.

The very next day Gorgani had changed Katie’s summer round trip to Tehran to a one-way ticket. He was sending his daughter back to live with her Grandma Fakhri for good.

Finally an explanation for why Gorgani thought his daughter would try to murder him.

“Didn’t your mother intervene?” I asked.

“She used to be a whore, don’t you get it? How could she say anything without sounding like she was encouraging promiscuity in me?”

“Who gives a fuck how she thinks she may come across? This goes beyond all that. She’s an English mother living in Beverly Hills whose child is about to be wrapped in a chador and shipped to Iran.”

“Maybe she wanted me shipped to Iran too. I don’t know, maybe she had a reason to be mad at me also.”

“What reason?” I said getting caught up in her anger. “Just because the boy happened to be black?”

Katie’s face dropped into a quizzical stare. “How did you know he was black? I never said.”

I shook my head with a frustrated sigh. “Crazy, huh?”

I took her in my arms and she returned my embrace, minding her hands which were covered in ground beef and onion juice. “I wouldn’t have it any other way, Katie,” I said. “And I don’t believe you would do anything to hurt your father.”

“If Baba hadn’t had the accident,” she said haltingly, “ I don’t know what would have happened me.”

Now I knew why the court psychologists were so eager to write off the murder attempt as a subconscious act. It was self-defense after all. Gorgani was about to banish the child to a barbaric hell where she could be stoned to death the next time she was caught naked with a boy on top of her. There are times when mercy or even common sense trumps the law, the psychologists must have silently agreed amongst themselves in a conspiracy of good intentions.

“Katie, you were angry and frightened, right?” I asked.

“Please stop asking questions. I don’t want to talk about it.”

“You had probably packed to run away from home, right?”

“Yes, I was going to steal some money from mom’s purse.”

“When conveniently your father had the accident.”

Suddenly she shoved me forcefully away, making me knock the rice pot to the floor. It thunked on its side spilling a hot steamy aroma into the kitchen. “I said I didn’t want to talk about it!” She screamed, her eyes flashing a wild blue at me.

Of course you don’t want to talk about it love, I thought as we stared intensely into each other’s eyes. Guilt is so much easier to bear than rejection, isn’t it? Those bungling police investigators should have followed the money. Gorgani had stopped laying the golden eggs and was about to destroy his own fashion empire. Instead the police let those incompetent shrinks, arrogantly congratulatory of their own culture, rush them past the truth to pin the crime on an innocent girl. Where you and I come from, Katie, we call it doosti e khaleh kherseh. Don’t worry love, I will never again try to breach your denial because I know now that you prefer the fake guilt of murdering your father to the real pain of rejection by your mother. A whore mother who has used her own daughter to get away with murder >>> Part 10 (last)