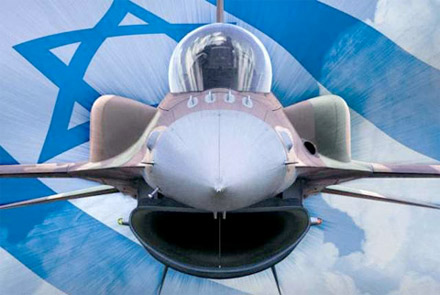 One hoped that the neoconservatives would have disappeared after George W. Bush left office and the Iraq War they worked so hard to engineer proved to be a disaster. All those dead, nothing accomplished except the establishment of Iran as the main player in Iraq.

But they are still around and still pushing for a war with Iran, which they want even more than the last one. Everywhere you look there’s Elliot Abrams, Richard Perle, John Bolton, John Podhoretz, Douglas Feith, Danielle Pletka, The Washington Post editorial page, Frank Gaffney, Charles Krauthammer, Max Boot, The Wall Street Journal, Daniel Pipes, New Republic, Liz Cheney and a host of others who, undaunted by the Iraq debacle, are gung-ho about taking out Iran. (Then there is AIPAC, which is the war party’s headquarters.)

Check out the Commentary website, and you’ll see one piece after another urging the United States to allow Israel to attack Iran. (Commentary, once the house organ of the American Jewish Committee, is now neoconservatism’s Pravda.)

Until the 1967 Arab-Israeli war, Commentary was a fairly progressive magazine (except on race, Podhoretz admitted to a real problem with African-Americans). After that, it became the mouthpiece of the lobby and the Likud party.

Its editor Norman Podhoretz invented the term “neoconservative” to describe those, like himself, who were liberals on every issue except those related to Israel. But they have evolved into right-wingers on everything, understanding that they would not have real cred with the right on the Middle East unless they pretended to be anti-choice, anti-environment, anti-regulation, anti-poor people, deficit hawks, unsympathetic to minorities, etc). It kills them to have to fake liking Jeff Sessions more than Elana Kagan but it’s what they have to do. (Like 1930’s Communists and the Soviet Union, they follow a line faithfully and without deviation).

Anyway, Iran is not the only issue the Commentary neocons care about. They also vehemently oppose any pressure on Israel about anything. Basically there are two neocon mottoes: “Bomb, Bomb, Bomb, Bomb, Bomb Iran” and “Settlements R Us.”

Here are a few gems from recent Commentary pieces that provide some insight as to what the neocons are all about these days.

My personal favorite comes from lead Commentary writer/blogger, Jennifer Rubin. She provides the intellectual heft at Commentary now that Podhoretz has retired.

[Israel]…will at some point be forced to take military action, War is a horrid prospect, as is the potential for massive loss of life — but not as horrid as that of a nuclear-armed Iran. unless [the Obama administration] undergo[es] an epiphany and reverse[s] course.

Yes, war is “horrid.” And so is “massive loss of life…” But they constitute a price Rubin — and all her chickenhawk friends — are willing to pay to prevent an Iranian bomb. (She’ll pay, of course, with other peoples’ kids, but, hey, whatcha gonna do?) One thing she won’t do with Iran is engage in diplomacy.

Here’s more from Rubin. In this one she wonders if Israel can “quite literally” survive the Obama presidency:

These are trying times for Israel, and the most seasoned officials find it difficult to both preserve their credibility and avert a blow-up with the Obama administration. [Israeli Ambassador Michael] Oren is plainly striving to walk a very fine line and navigate through the thicket of domestic critics and rivals. He certainly has his work cut out for him, as does the entire Israeli government, which must figure out how (quite literally) the Jewish state is to survive the Obama presidency.

They are also in favor of carving up Jerusalem and lifting the Gaza blockade — and opposed to sanctions against Iran and statements, however bland, in support of Israel’s right of self-defense. But [Jeff] Goldberg doesn’t bother with all that. Nor does he address why it is that J Street hosted a confab filled with apologists for the mullahs.

It’s not just many Americans who miss him, but Coptic Christians, the Green Movement, ravaged masses in Darfur, brutalized women of the Middle East, Egyptian democracy protesters, and scores of others who no longer have a forceful voice in the White House or an American foreign policy which considers them a high priority.

I don’t know about any of that, although, no doubt, Rubin is in closer contact with Coptic Christians, the Green Movement and the ravaged masses in Darfur than I am.

But I do know one group that misses George W. Bush: the neocons. And they miss him primarily for one reason — he followed their advice about Iraq (their guy, Douglas Feith, was actually the No. 2 in the Pentagon, manipulating the intelligence right there at DoD!) They thought they could railroad Bush into supporting an Israeli bombing attack on Iran.

But they couldn’t. Bush actually rebuffed that idea when Vice President Dick Cheney (the ultimate neocon favorite) asked him to let Israel do it just prior to Obama’s inauguration. To their deep regret, Bush said no. Having once been pushed into a war by this gang (the war that destroyed his presidency), Bush was not having it.

I mean, even he had to think about US interests sometime.

Will Obama fall for their lies? I doubt it. But one never knows. In a city where absolutely everything is about politics and getting campaign donations, one never knows, does one? But know this: the neocon lobby’s #1 priority these days is not preserving the Gaza blockade, or even the occupation, it is getting a shooting/bombing war with Iran going. As Jennifer Rubin says, the “massive loss of life” would be “horrid” but “not as horrid as a nuclear armed Iran.”

Funny, she doesn’t feel that way about Pakistan or North Korea. And she celebrates Israel’s 200 nuclear bombs. But, in the case of Iran, she’s ready to have innocent kids die. But that would be “horrid.” Indeed.

Neoconservatives, as Keith Olbermann would say, “the WORST people in the world.”

FOR the record, the term neoconservatives, although invented by the still-neocon American Jewish Committee by way of its then magazine Commentary does not only apply to Jews. One, there are 6,000,000 Jews in America, 78% voted for Obama, and probably more than that number are anti-war liberals. Neocons and Israel-firsters are not representative of the Jewish community which, according to every poll, is the most liberal community in the United States, with the exception of African-Americans. Foreign policy (i.e,Israel) is not even among Jews’ first five voting issues.

At the most, there are 200 neocons. They are not all Jewish although many are, and that number includes the leadership of AIPAC, the American Jewish Committee and some of the other major organizations (which, all together, have memberships representing 5% of all Jews).

What distinguishes neocons from normal people is their relentless dedication to what they perceive (incorrectly) as Israel’s best interests, their contempt for Muslims, and their reckless desire to involve America in wars that have little, or nothing, to do with US interests. The archetypal neocon — and probably the one who did the most damage — is Douglas Feith, who was recruited by fellow neocon, Richard Perle, to serve as undersecretary of the Department of Defense in the second Bush administration. He used that position exclusively to push war with Iraq, which is why Perle put him there.

But, for the record, it is insulting to Jews to suggest that the neocons represent them. Nobody chose them. Rather they glommed on to the community the way Al Sharpton glommed on to he African-American community.

The truth is that if any political community is to be legitimately connected to American Jews, it is the progressive left, in which Jews have played a wonderfully disproportionate role throughout American history. There is hardly a left or progressive cause that has not been disproportionately Jewish. Why? The combination of the dictates of our faith (see the Prophets, any of them) and the long history of right-wing anti-Semitism (culminating in Nazism) have made Jews fear and understand the chauvinist right more than most others do. The Jewish neocons are outliers, like, say “Jews For Jesus” or “Jews for Palin.”