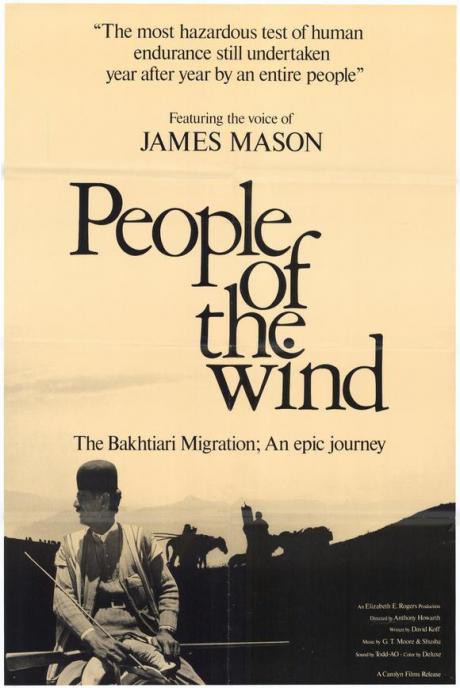 Directed by Anthony Howarth People of the Wind (1976) and narrated by Shusha Guppy and with the vocal participation of James Mason, the 1977 Oscar and Golden Globe Nominated Documentary on the hazardous yearly Bakhtiari migration. The Film was made for the 50th Anniversary of Merian C.Cooper and Ernest B. Schoedsack’s groundbreaking documentary Grass: A Nation’s Battle For Life (1926) who were later went on the become famous for their Motion Picture Fantasy King Kong (1933).

There are two hundred miles of raging rivers and dangerous mountains to cross. There are no towns, no roads, no bridges. There is no turning back. The Bakhtiari migration is one of the most hazardous tests of human endurance known to mankind. Every year, 500,000 men, women and children – along with one million animals – struggle for eight grueling weeks to scale the massive Zagros Mountains in Iran – a range which is as high as the Alps and as broad as Switzerland – to reach their summer pastures. The film’s astonishing widescreen photography and brilliantly recorded soundtrack take the viewer out onto the dangerous precipices of the Zardeh Kuh mountain and into the icy waters of the Cholbar River.

Living Dangerously :The Man who made King Kong by Darius KADIVAR