Is Iran Ready For Democracy? 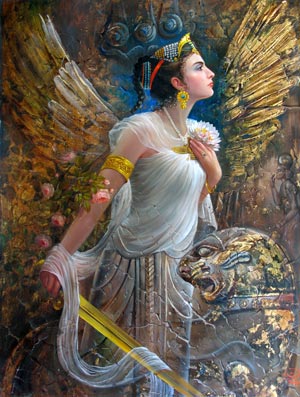 As of 2008, 68% of the total population in Iran was urbanized. 77% of all Iranians, who are mostly under the age of 65, are literate (CIA, People). Even if one is not a normally a betting person, it would seem safe to place some money on the future prosperity of this country. Yet one must factor in a very important element limiting the functionality of society, the regime. Since 1979, Iran has been an Islamic Republic (CIA, Introduction). Those in power frown upon western ideals such as liberalism, secularism, personal freedoms, equality along with other key democratic traditions. Aside from the regime hindering any advances toward democracy, Iranians are primarily concentrated in a few major cities: Mashhad, Tabriz, Esfahan, Teheran and Shiraz. These cities are quite liberal in their political orientation, especially the capital Teheran. Although these cities are large and serve vital roles in the industrialization of the country, they still do not represent Iran as a whole. For better or worse, there are people in Iran that believe in rigid traditions. Even in the major cities, most of the older generations of Iranians uphold the materialistic attitudes of their parents. A black cloud still hangs over Iran’s head. The youth is well-educated and receptive to change. Unfortunately, older politicians that despise any progressive change to the political system rule them. If tomorrow the regime is defeated, the ignorance of the older generation will not simply disappear into thin air. Democracy is a feasible goal to attain. Though it will take many years after the defeat of the oppressors before it firmly takes root. Sometimes the seed of democracy requires the blood of tyrants and martyrs alike to sprout. But it always needs careful hands to plant it into a fertile soil and the proper water to take root. Iran’s struggle for a democratic government representative of the Iranian nation will not end with the fall of a few oppressors. It will only end when people no longer allow rigid traditions to rule their hearts and minds.