The Case for Attacking 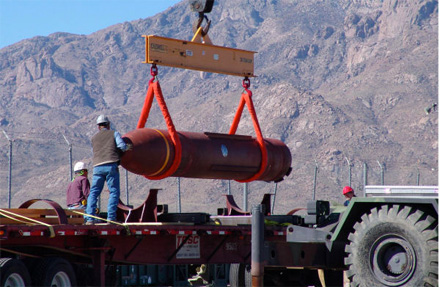 Since Harry Truman led the world in recognizing the State of Israel, the United States has been its staunchest ally. Through decades of wars and near-death experiences, America has stood by Israel with military, diplomatic and financial support.

Over the last year, however, tensions have emerged between Washington and Jerusalem. Frustrated by the lack of any meaningful progress in bringing the Israeli-Palestinian conflict to a close, the United States has pressured Israel to stop any further development on Palestinian lands, a source of tremendous friction for Arabs on the streets and their governments trying to maintain fragile stability.

The message from the American Government has been clear: restart face-to-face negotiations with the Palestinians.

This pressure has come as a shock to the Israeli political establishment. During the George W. Bush years, American policy had tilted away from the honest-broker posture of past Republican and Democratic administrations to a noticeable pro-Israel bias.

The prospects for a lasting peace moved farther and farther into the future as Palestinians felt abandoned by the historic American referee that had guaranteed them over decades of negotiations a fair deal, while the Israeli government felt no urgency to end the conflict.

With a new administration in the White House, American policy in the region over the last year has focused on simultaneously pressuring for a final peace accord, while grappling with the other strategic flashpoint in the region: Iran.

The United States has sought to stop Iran’s illegal nuclear ambitions initially with the open hand of diplomacy, which led to more tactical delays from Tehran and further violations of existing U.N. resolutions, and now with a new round of United Nations, European Union and U.S. sanctions.

But the prospect of a nuclear Iran, an Iran determined to be the regional superpower that threatens Israel while dominating its Arab neighbors, has once again brought the U.S. and Israel into strategic confluence.

Recently President Barack Obama and Prime Minister Benjamin Netanyahu met at the White House for private talks and a public show of solidarity. The usual vows of an unbreakable alliance where uttered for the global media.

More interesting, and unknowable outside of the top reaches of the American and Israeli governments, is what was discussed behind closed doors.

Israel has stated in the past that it will not wait indefinitely to respond – read unilateral military strike – to what it sees as Iran’s hostile intent in developing illegal nuclear weapons capability.

Israelis rightly see a nuclear Iran as an existential threat – a threat repeated over and over again by the Islamic Republic’s president Mahmoud Ahmadinejad, an avowed Holocaust-denier.

The U.S. has also said that it will not allow Iran to acquire nuclear weapons. The stage is therefore set for a confrontation with Iran.

Mounting evidence of Iranian illegal weapons nuclear development is now the overarching strategic consideration facing the United States in the region. At stake is Israel’s security, of course, but also the security of Iran’s other traditional regional rivals – the largely Arab Sunni states on its periphery.

Some have argued that the Cold War-era Mutual Assured Destruction (MAD) doctrine would contain Iran. That is a big assumption – specially in light of the Iranian regime’s ideology.

Like fundamentalists in all religions, who are driven by a fanaticism that will supposedly get them closer to their god, the martyr tradition of the Shia is a powerful ideology that distorts traditional notions of realpolitik.

In contrast, the Soviets’ drive for world domination was largely the mission of atheists, rationalist men who calculated risks and rewards in the context of winning battles in this world – not in heaven. Mutual Assured Destruction is the ultimate rationalist argument against nuclear war. And it has worked.

The founder of the Islamic Republic famously differentiated his messianic mission from the actual nation of Iran. Ayatollah Khomeini said, “We do not worship Iran, we worship Allah. For patriotism is another name for paganism. I say let this land [Iran] burn. I say let this land go up in smoke, provided Islam emerges triumphant in the rest of the world.”

In another glimpse at his world view, Khomeini said, “This regime occupying Jerusalem must vanish from the page of time.”

These are not the thoughts of a rationalist who will be deterred by concepts of mutually assured destruction or even the asymmetric risk of conflagration at the hands of the world’s superpower.

Besides funding and arming terrorist organizations Hezbollah and Hamas on Israel’s borders, Iran showed its true intent in the slaughter of Argentine Jews in a terrorist attack against a community center in Buenos Aires in 1994. Two years earlier, the Israeli Embassy in Argentina was destroyed by a car bomb. Argentine investigators have tracked the source of the attacks all the way to Tehran.

And clearly Khomeini’s ideology drives the current crop of the Islamic Republic’s leaders. They have not only threatened us and our allies with words – in fact, they have projected military power into Iraq, attacking U.S. soldiers through proxies, provided the matériel for the missiles raining on Israeli villages, and have sought advanced military technologies from Russia and North Korea.

They are at this moment arming themselves for war.

Ignoring this objective reality is as foolish as it is dangerous.

So what to do? From many corners of the Washington establishment we hear that military strikes will not be effective against Iran. The skill with which the Iranians have spread their nuclear program, the hardening of sites and the redundancy supposedly built into the system makes an attack a huge gamble.

As historian Barbara Tuchman observed, “War is the unfolding of miscalculations.” Can we be sure that a preemptive attack will deliver a sufficient blow to stop for decades, if not forever, Iran’s nuclear weapons program? No.

But we can be sure that once Iran acquires nuclear strike capability it will permanently be a significant threat to the U.S., our allies in the Middle East, Europe and beyond.

Winston Churchill’s warnings about the rising menace beyond the Rhine seem as relevant today as they did in the 1930’s: “One ought never to turn one’s back on a threatened danger and try to run away from it. If you do that, you will double the danger.”