AIPAC and IRI are BFF! 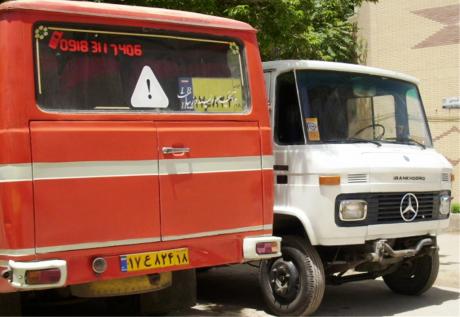 For the past 30 years both AIPAC and IRI have been talking smack at every chance they get.  In Iran when you open the news it’s like Fox News on steroid!  Imagine Pat Robertson or some other religious zealot get in power and talk as much smack as possible.  In Israel it is the same thing.  They MUST have a coalition Government otherwise it won’t work which means whichever party wins the election and get the most vote they need to play the violin for some religious nutjob more catholic than Pope.

In Iran of course we know it all and it is religion holding power 100%.  The news on Iran is ALWAYS Israel did this and it did that.  US failed here or there.  US and Israeli spies have been arrested here or there.  While I haven’t been in Israel the news coming out of Israel is pretty much the same.  Iran is an existentialist threat to Israel and while they support diplomacy they reserve the right to use military force. Back and forth.

For 30 years this has been going on and whether it is true or false on one side or the other or both it is now tattooed in many people’s head and psyche.  They just can’t get enough.  They eat sleep and dream AIPAC and IRI!  We at i.com are not immune.  For the past 2.5 years we’ve been rooting out AIPAC and IRI agents and they keep changing user IDs.

No doubt there are some AIPAC and IRI agents registered at i.com.  Sometimes the fight becomes feverish and it is like ALL MONICA ALL THE TIME! They think they are so smart that they want to randomly pick who is an AIPAC or IRI agent and are hell bent on turning them over to the authorities.  In this case the authorities are the poor readers! The Editor is touring Europe and doesn’t care one way or another!

So all you AIPAC and IRI agents (real or faux) at i.com keep fighting for another 30 years!  It is obvious that you can’t get enough of each other.  This is a marriage made in heaven (or hell 🙂 and keep at it till death do you part!