Billions of dollars is spending for hate and not for education 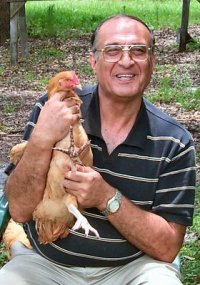 Billions of dollars is spending for hate and not for education

The hate between people is a way that destroy the lives of the people. We should gather our energy for education and creating job and welfare of the people and not spending it for other people believing. But the system of the world will this. We fight about Moslems and Bahia’s ; we fight about women and men and separate them and train them as a different personality. We trained the people hate other nations and other religions. The life is so short and we are nothing in compare with the world or space, but we do not think about our short life and about the huge endless world. We are nothing in compare with millions or billions or light year of the space. Even our Earth and milk way is nothing. Instead thing about people who need work, education, housing we think about hate between two different theories and two different believes. Jesus did something in his time that I think the people started to hate him. If everything is correct as it is in Bible, he started to destroy the businesses in the Jew temple and I think the people who lost their business at that money hated Him. All what He did was nice and according to Bible even He was very beloved person and did a lot of good and nice action, like giving lights to the eye of people and or changing water to fine wine, or made the dead person to alive. If all of them is right, the people should love Him very much and His teaching even for this time is marvelous.

I thought many time why he was hated by regular people also? Than I remember that he went to Synagogue one day and he destroyed all the people who made business there. I know that He had right and worshiping place should not be used for business, but how the people who were there can understand it. They may be paid and gave bribes to the clergy people to make money there. And they put their capital to that business, Now Jesus came and destroy their business and because He had His flowers with Him and they supported Him, the people lost their capital and that is clear that they get angry. Or in the time that the people had pigs, He destroyed great peaces of pig and the people who had the pigs got angry. I think that is the motivation why the people, especially regular people hated Him whom lost their capital. He brought Love and Unity and a lot of nice teaching that even today we use them, we can solve a lot of problem. Like Love the People as you Love yourself. Or give to the people your shirt and even your coat. This love can solve a lot of existing problem in the world even now.

Mohammad said also go after the knowledge even if it is in China. Or the seek and study is a must for all women and men. Do the people who claim to be Moslem do this? The people select the materials from a school or from a religion what they want and they do not take the whole thing or the whole instructions. Bahaullah also said is the religion bring disunity and confusions or hate between people to have no religion at all is better. That mean humanity is much more important than religions. If you study the time of Clarence or Light of Science in Europe, you see that humanity was on the top. And education bring the people close to each other, if we understand better each other language and cultures we can tolerate each other better. If we are limited and say what I know and believe is the best we have these problem that we have.

In the time that I was student, I saw that the students in Germany have a lot of problem to rent a room, especially the foreign students and Middle Eastern students. I helped one of my best friends in Iran Morteza Musavi Tirabadi and he misused the inflation and did not pay me what he should pay, instead he tried to expand the time as much as he could and he gave the money which he should give me in 20 days in seven year. You see with% 20 to %25 inflation in one year after seven years I got my capital back so I lost almost all my capital as the Islamic Court is so generous from my pocket and after so many years they said the interest is not good and you get your money without any interest or inflation damages. Musavi also wrote a letter for the university that my mother is Baha’i and I am there to guide the innocent Moslem Youths. I sent out of university and I had no other choice to come to the USA.

I thought I have to help the student like me in the past; they should have a place to live and work, so they can survive. So I opened the school, but sorrowfully some people will misuse and take advantage from my situation especially the American do not pay and the court is here generous also from my pocket.

Now I have a boarding school in Orlando with a farm. I opened this school in the hope that I can help the people and there will be a House of Iran in Orlando. But I need your cooperation also. I heard that the young Iranian in Greece have problems so I said that they can come here. I helped a lot of students here who had not enough money. I have also no help from government of churches or any other religious section or units.

And if they (who need to be here in my boarding school) send the copies of their degrees and their knowledge or experience especially if it is about agricultural activities or growing animals, like chicken and fish. I can try to contact an attorney. But I am just a teacher and not a politician.

I am just a college teacher in Orlando. For visa they need an attorney, if they have some documents that they can send me, I can try. I gave my address and my telephone. I have place for all of them and work also for all of… them. But visa is not in my hand. I can give my address and telephone the American Embassy in Athena, or they can ask me if I have place for them. But before that I should have a copy of their paper. In my farm they can work, from chicken growing to fish production, and agricultural activities. You know the America is not paradise; it has possibilities to work and to study. I can help in those. I was in the same position in the time I cam to USA. I was university teacher in Tehran and because my mother was Baha’i I have been sent out. What ever I can do I will do for them. But I have nothing in the hand. I do not know even their names. S Ghiassi so I work for humanity and for Iranian. Viva Iran.