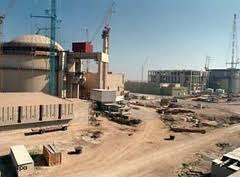 Going to school, I used to pass by this weird looking store full of equipments, tools and gears, There were  big signs at the door and in the windows of this gigantic store reading ‘Non- Military Defence.’ I was too young too busy to bother too much, however, every time walking by the store, I wondered what ‘non-military defence’ means? Being exposed to so much Iranian nationalistic propaganda, I did understand that we were ‘defending Iran’ but how to do it in a non-militaristic way was my biggest wonder!!!!

It was mid 70s and Shah was at its peak, and he had just signed the contract to build Busher nuclear plant with Germans. That store (Kakh and Pahlavi) was meant to educate people about the nuclear technology and its benefits for the country.

Tonight, at the diner table with TV recounting the history of newly opened Busher reactor, I told my wife this little story of my childhood wonder without mentioning the year. My wife replied by asking if this was under Shah or IRI??? Since, I went to school under both regimes.

Tonight, I realized what ‘non-military defence’ (of Iran) means!!! The closer Iran becomes a full developed nuclear power, the stronger power of defence Iran will have.

Thanks to my wife’s confusion about the time period, I, also, realized what Shah believed and promoted then through the slogan of ‘non-military defence’ is exactly what IRI is following now.