We Were Meant To Be The First! 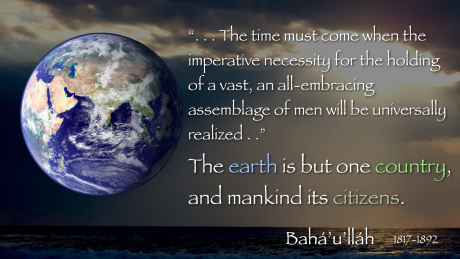 It Never Ceases to Sadden, how Other Nations Have Caught On Before Us , when we were meant to be the first;  when i see how “blind” we have been as a nation; a nation that continues to suffer, not just because of the paralysing influence of the Shia clerical establishment, but  generally because of our own lack of interest and knowledge due to inherited prejudices and inability to investigate and “see” through our own eyes.

I believe that what Iran and Iranians suffer from today is a direct result of the rejection of spiritual ideals , close to our Persian identity and Soul, first given to us, IRANIANS back in the 1860s, over 150 years ago.

The result being, the missed opportunity of a Qajar era backward nation, steeped in poverty, ignorance and corruption to take a massive leap forward through the regenerating spiritual influence, similar to those that have previously given rise to new civilizations in history.

It is this regenerating spirit that has given birth to not just a worldwide community of people from all races and nations called the Bahais , but the widespread recognition in diverse peoples hearts of what is unmistakably,; directed by a  hidden hand, which  is undeniably reshaping humanity’s fortunes, breaking down age old barriers and creating the means for humanity to see itself not just as lovers of their own homeland but as greater World Citizens.

The following are examples of this regenerative Spirit of our age; how it echoes the reality of the Message of Baha’u’llah in the 1860s, to first the people  and country of his birth. IRAN,  and to the world, who thanks to the blinding power of the Mullah have until today kept it hidden from IRANIANS, its original recipients.

I sincerely hope that all who read the above, will accept it as not any kind of “Tabligh” , but a gentle nudge to try and judge for themselves, to dig deeper in our history to realize what we were given, and how we Iranians are the last when we were meant to have been the first to see what the future has in store;