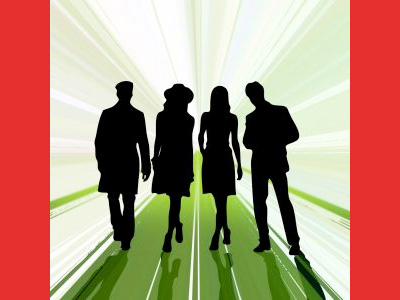 We were talking about all the dreams we had back when we thought we were white. It was sad to think of them, but it was funny to talk about them together.

I laughed. It was true. I had been in it but she had really been in it. It had been great though. It had given us something to feel good about our city, Seattle, about.

“The music wasn’t a lie though,” I said.

“That’s the thing.” my cousin said. “That’s how it was with me and punk. When you’re Iranian, you’re used to being different. And then something comes along that calls itself different and you figure, okay I’ll join that.”

“It’s funny though,” I said. “I still like the choices I made within that assimilation. When I was in high school, I decided that I liked girls who played soccer. It was the way that they played on grass and the way that hardly anybody went to their games. I liked how they all wore pony tails and their faces would get red and splotchy. But you know what else it was? It was a chance to watch girls doing something. It was a chance to watch them doing something without worrying about how they looked. That was the best feeling of all. Anyway, by the time I got to college, that dream had turned into a dream of a girl playing soccer on a field at some small college on the East Coast, in the late afternoon. She was wearing a sweatshirt with the name of her college on it and shorts. And it was cold but she was getting warm from running around. It was a very white dream, in other words. But I liked it. I still like it. I have to.”

My aunt was listening to the whole thing while she was making tea.

“This all sounds very natural to me,” she said. “Your dreams are based on where you grew up. You grew up in America and so you dreamed of an American girl. If you had grown up in Iran, you would’ve dreamed of an Iranian girl. Look at me. One of my daughters married an American and one of them is marrying an Iranian. Dreams are just dreams, and whatever happens after that is chance and who you happen to meet.”

My sister turned to me. “Why do you feel like you have to like that dream? -I’m sorry, Ameh,” she said, turning to my aunt, “I want to get back to what you said too.” She looked at me.

“I have to like it because it was me. I didn’t have any other 17-year-old dreams. I have to believe there was something real of me in it even though my lens was not a true one.”

“I don’t feel like I am disliking myself if I look back regretfully, or even angrily, at those assimilationist dreams. Maybe this gets back to what Ameh was saying. I’m sorry, Ameh, I don’t think dreams are just dreams. When I was in high school, I gave myself an American middle name. I didn’t have an Iranian middle name, so I figured I’d pick one myself. And I wrote it everywhere. I wrote it on my college applications. I feel bad about that. I feel sad that I didn’t feel like I was enough the way I was.”

“Come on.” Everybody joined in.

We laughed and she did too.

“All I’m saying is that the name you chose still reflects your sense of beauty. I understand feeling sad about it, and I feel sad about how I used to joke around with American friends about how hard my name was to pronounce, but something like that still has you in it.”

“That’s too small. Considering the issues that are at stake here, that seems too small sometimes.”

“Too small? This is beauty we’re talking about here.”

“I am a beggar when it comes to beauty. I’ll take any scrap.”

“To feel like your life is going somewhere. It is almost as though the object of that dreaming doesn’t matter. It is just a way to feel that movement, to feel like you are at the center of something. And believe me, that need doesn’t go away once you get married.”

“What if you had married Cary Grant?” I said.

“After a while I probably would’ve needed to dream of something else anyway.”

“That’s it,” I said. “It’s hard to know where we’re dreaming from, but that doesn’t make acting any less of a worthwhile thing to do.”

“When I came back from Iran last summer,” my sister said. “I felt like I was dreaming from there. I felt like everything I wanted to be in America came from there. And I still feel like that is true, but I also haven’t lived the lives of the people there, so I have to look for commonalities with the people I have lived among, which means other immigrants and people of color.”

“Are we people of color?” my aunt said.

We laughed because we loved her so much.

“You are teasing an old woman,” my aunt said.

“I am a grandmother.”

“I’m sorry, Ameh,” I said. “It’s just that Iranians haven’t come around to admitting that. A lot of them at least.”

“But even if you weren’t political, your life was shaped by the fact that you were brown. Look at 1953. The year after they did that to us, they did the same thing to Guatemala. That is what connects us to a Guatemalan today.”

“I should sit and talk with all of you more often. I learn so much.”

“We learn a lot talking with you too.”

“So do you think it was bad that you had those dreams, about the soccer players and the middle names? They don’t seem so bad to me, but maybe I don’t understand all the details of it. I don’t think it’s bad that we used to dream of marrying Cary Grant, but maybe I should.”

“Do you think it would’ve been better if you had dreamed of marrying Iranian movie stars?” my sister said.

“There were a few of them too, but Cary Grant looked like Iranian men.”

“I mean there are certainly ugly ones, but he was dark. Dark hair, dark eyes.”

“Well,” my cousin said. “I think it would’ve been good if I had known back when I first wanted to be an actress that the path was going to be a lot different for me than for white actresses. I’m not trying to place any of the blame on you, Maman. I understand that it wasn’t the framework you had growing up in Iran. But I think it would’ve saved me a lot of frustration if I had known.”

“I think it is sad,” my sister said. “It is sad to not know what our dreams would’ve been if we had grown up somewhere that affirmed all of who we were. Not that Iran is a place where that is happening for women, but I can only talk about having grown up here. I think I still had Iranian dreams. But I don’t think they had as much of a space to come out as the white dreams.”

“I agree,” I said. “It is sad. All I’m saying is that when we do find out about those dreams, the ones we had before we knew we weren’t white, I don’t think we should take them and hurl them into the garbage can. We’re going to want to hurl them into the garbage can, or at least place them in the garbage can, which is better than hurling them at least, but I think it is better to put them in a drawer, in a drawer with a little softness to it inside, a little matting or something, like where you might keep an Easter chick that had died or something. I just don’t think we should throw them away somewhere where we intend to never see them again. At least with a drawer you have an option. You can keep it closed forever if you want. Or you can open it once in a while and say, look at those crazy dreams I used to have. And it might feel terrible to look at them, but I don’t think feeling terrible will hold us back. The whole thing is terrible. The whole business of not dreaming in the country we were born in. It’s not the only thing it is, but it is one of them. That’s why I think they should go in one of the drawers, not all of them. Hopefully it’ll be a large enough piece of furniture that there’ll be room for all the different drawers we need.”

My aunt looked at me. “Have you really gotten this far talking this way?” she said.

I laughed a good one, though no sound came out. It was one of those laughs that travel inward and back in time. Sometimes some things are so funny that it feels indulgent to laugh, and it is not a part of any Iranian dreams I have had to indulge.

“Yes,” I said. “Somehow. I don’t really understand it myself.”