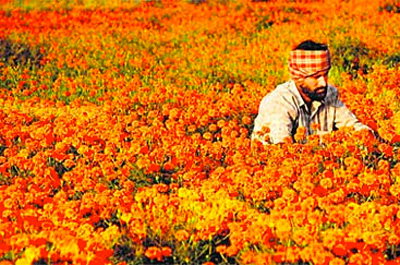 As Iran finds itself increasingly sanctioned and condemned by human rights groups, it should look to a forgotten source for an answer to its woes: India.

More than 400 years ago, the ruler of India implored the king of Iran to show tolerance and love to people of all religions, since God’s mercy extends to every creed.

Today, that letter to Shah Abbas seems as relevant as it did in 1594. Then as now, an Iranian Shi‘i regime imposes its ideals on an often-unhappy populace. Religious and ethnic minorities, intellectuals, and artists suffer; many leave.

Meanwhile India, as in the Mughal era, is far from a perfect society. But in its struggles to balance a diverse population and the conflicting demands of tradition and modernity, it has escaped many of the difficulties entangling Iran.

Once again, India has something to teach Iran, if Iran is willing to listen.

Why should it? Despite differences, these ancient friends and neighbors share a long history of tolerant thought. But India has implemented these ideals to a greater extent than has Iran.

It was not always so. The Achaemenids of ancient Persia showed respect toward the many religious groups in their empire. The Bible celebrates Cyrus the Great for liberating the Jews from captivity in Babylonia.

After Islam overtook Iran, Iranians continued to put forth ecumenical ideas, though in a new language. Sa‘di, the thirteenth-century poet, famously compared the human race to one body. His contemporary, the philosopher Nasir al-Din Tusi, depicted the ideal ruler as one who ensures fair treatment for people of all religions.

Over the next few centuries, Muslim mystics and poets brought these ideas to India, where they met similar strains of thought in Hinduism. Rulers took note, for the Muslims governing much of India were a minority managing a hugely diverse population. Learning to appease different religious and ethnic populations was a smart political move.

Pluralistic thought based partly on Iranian influence thrived in India during the Mughal Empire. The historian Muzaffar Alam has shown that the Mughal elite regularly read Tusi’s works, and they likely influenced Emperor Akbar’s efforts to instill love and respect between religions and traditions.

Meanwhile, Iran’s leaders were steering their country in the opposite direction. The Safavids’ adoption of Shi‘i Islam as the official state religion in the early sixteenth century produced discriminatory policies against Sunnis, Sufis, Zoroastrians, and Jews. Many Iranians were lured by India’s more tolerant and secular atmosphere.

Today, India’s secular government strives – albeit with mixed results — to protect and nurture all religious and ethnic groups. Meanwhile, the Islamic Republic of Iran, while officially recognizing three religious minorities – Zoroastrians, Jews, and Christians – sanctions discrimination against these groups. Bahais, who are not recognized, face systematic, state-sponsored persecution.

What practical steps can Iran take to institute a more pluralistic society like that of its neighbor to the east? Five recommendations made by the International Federation for Human Rights are a good start:

* Remove from the Constitution, the Penal Code and the Civil Code all provisions discriminating against all non-Muslims;
* Ensure that the three recognized religious minorities and Sunni Muslims can freely practice their religions;
* Ensure the three recognized religious minorities as well as Sunni Muslims are not being discriminated against in practice because of their religious beliefs, especially with regard to employment;
* Add Bahais to the list of the three recognized religious minorities mentioned in Article 13 of the Constitution;
* End the systematic campaign of discrimination and harassment directed toward Bahais.
* To these can be added protection for ethnic minorities such as Kurds, who also face state-sponsored persecution. By adopting these measures, Iran – whose minority communities make up nearly half of its population — can begin to stop tearing itself apart from within.

To be sure, Iran’s leaders might look askance at copying India, seeing such a move as a corrupting or Westernizing of the country’s Shi‘i ideals. Yet India, itself home to a sizeable Shi‘i population, is proof that traditional values can coexist with more liberal policies that are, in fact, indigenous in origin.

As a researcher who has lived in both Iran and India, I sensed a strong respect for tradition in both. But in India, I could sit in a café with my hair uncovered. I could practice my religion freely. I could surf the Internet without encountering blocked sites, read newspaper articles openly critical of the government and walk through streets swimming with color and sound.

In short, what can India teach Iran? The things it knows but has forgotten.

AUTHOR
Alyssa Gabbay’s book, “Islamic Tolerance: Amir Khusraw and Pluralism,” was published this spring. She received her Ph.D. from the University of Chicago in 2007 and since has been a visiting scholar in the Department of Near Eastern Languages and Civilization at the University of Washington in Seattle.