What do you know about history? 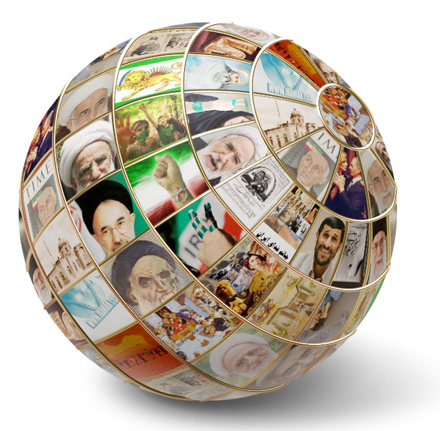 I just left a comment about how obsessed we are with Mossadegh, and with history in general. It made me think maybe now’s the time for a little experiment.

The point I’m trying to make is that if you honestly think about it, on a personal level, we don’t know jack about history, at least nothing that’s coherent and reliable. They’re only flashpoints in our mind. I’m talking the vast majority of people, not scholars, not those who read history as a hobby.

So here it goes… My version of Iranian history, unedited:

Iranians go back about 12,000 years. The Aryans arrive from Siberia via India. The Elamites rule around 3-4,000 years ago. Zoroaster appears. Then we have the Hakhamaneshis. Cyrus Cylinder respects various nations and religions under his rule.  There are wars with Greeks. Persepolis is built and then burned down by Alexander.

Then come the Parthians who are sort of Greekish Persians. Then the Sasanians come to power. Lots of wars with Rome. Iran is a Zoroastrian theocracy of sorts. All the wars and religious non-sense weaken the country. Arabs invade and after a couple of centuries most Iranians become Muslim.

The Abbasids rule for a while. There are few more dynasties. The Mongols invade and the country is devastated. Then come the Safavids. Under them, Shiism takes root and thrives. The Afghans invade and rule for a few years.

Next is the Afshar Dynasty, followed by the Qajars. Large chunks of territory lost to Russia. The clerics have lots of influence. The Bahai religion is born.

New ideas and technology imported from Europe. First parliament formed. Reza Khan ousts the last Qajar king and almost forms a republic. But the clerics object and he becomes king.

Rrza Shah starts a secular revolution. He flirts with the idea of changing the alphabet to Latin, like the Turks. Builds modern schools and universities. Builds roads and bridges. Forces women to remove the hejab. Clerical establishment is suppressed and becomes very weak.

Let me stop there. I’ve covered a lot of history. I’m exhausted!

If I really think hard and put some more time into it, I might be able to come up with 10 more paragraphs to complete this convoluted picture.

Be honest. You don’t know a whole lot more.