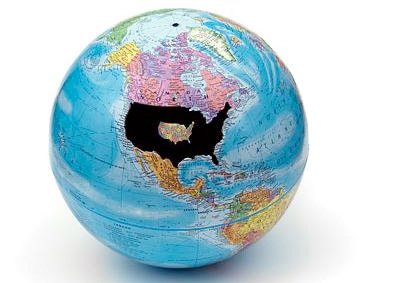 The all-in melee that is now American politics makes forecasting impossible. It can yield anything — the bizarre is the new norm. Who or what will rise to the top after all this crazed flailing about is a matter of pure guesswork. For we have become an incoherent polity. Yet, in the midst of all this commotion, the tracks of the nation’s foreign policy are readily discernible. There most certainly will be more of the same — “more” in both senses. There are three reasons for this.

Most obviously, foreign policy is always the preserve of the Executive — especially when it comes to security matters. Congress can make a racket when controlled by the opposition but it cannot dictate what a president does abroad. Second, this president has followed in the traces of his hardline, willful Republican predecessor. For all the fulminating by demagogues like Newt Gingrich and his ilk, they have little to disagree with. The open-ended global “War on Terror” escalated prosecution of the War in Afghanistan, implacable hostility toward Iran that forecloses any serious diplomacy, building a network of bases across Southwestern and Central wherever suitable real estate can be found, expanding dramatically special force missions in Yemen — and elsewhere, unflagging devotion to the ultra-Israeli government no matter what, Americanization of the Columbian “War on Drugs,” threatening intervention in Mexico’s narco mayhem, missile defense — these actions accord with the aims and doctrines of all but the crankiest hawks who thirst for an all-out bombardment of Iran and turning northwestern Pakistan into a free-fire zone. Even on the domestic front, the Obama White House continues, and in some ways intensifies, the assault on American civil liberties in the name of freedom and protection of the super secrets that surround our brilliant operations/operatives. It now has arrogated to itself the right to issue “Dead or Alive” posters for U.S. citizens who, in its arbitrary judgment, pose a threat to other Americans.

Finally, the Obama people’s muscular policies are cast in the certainties and self-righteousness that have become the theme music to all that we do. The volume grows in proportion to the steady decline in our ability to accomplish anything of value in the world. Whistling past the graveyard of our failures, we obsessively return to the tunes that we sang with lusty, and more innocent, self-confidence as a younger nation. We are a republic born in a state of original virtue; we have a providential mission to lead the world along the path of enlightenment; we are on the side of the angels; we are therefore the indispensable nation. No surprise that Hillary Clinton made the discovery at the Council on Foreign Relations last week that we are at another “American moment.” The world needs and wants us to provide essential leadership. It could be no other way — every moment until the end of time will be an American moment. For our foreign policy elite have not the mind, the mentality nor the skills to imagine it otherwise. The challenge of instituting with patience a genuine multilateral collaboration for addressing an agenda that features global warming and regulating runaway finance rather than “terrorism” has no allure. A United States that isn’t out in front, at the head of the table, pointing the way, giving the commands, bossing its auxiliaries, leading the charge — and still the moral beacon for humankind — isn’t an America that our leaders could live with. They are primed to direct and instruct, not to cultivate and manage. We are no longer in the realm of strategy; we are in the realm of behavioral psychology — national and individual, normal and even at times abnormal.

These dispositions and compulsions will be all the stronger after Nov. 2. The upwelling of nativist atavisms, the angry frustrations of our people who know in their marrow that the best days are behind us, and a cynical and thoughtless Republican establishment will press upon a weak and confused president. Mr. Obama is clearly unable to generate the will and to apply the intelligence needed to perform the duties of leadership in doing other than accommodate them. Accommodation is not only his universal fall-back mode. On current policy issues, it also pretty much conforms to his instinctive orientation — as noted above. Indeed, just by maintaining a modicum of sanity and reasonableness he will slip into his natural, well cultivated role of selfless, caring mediator — above the fray and dedicated to serving the greater good — and, in the process, the not quite coincidental good of Barack Obama.

The by now familiar portrait of Obama in inaction was sketched for us once again on Friday in the New York Times report of his dependency on General David Petraeus in the travesty that is the America intervention in Afghanistan. For more than an hour, “Mr. Obama largely listened, asking a few questions, and two hours later the White House sent an e-mail to reporters using language that echoed the general’s.” Obama evidently sat mesmerized before the screen while Petraeus spun soothing fairy tales. (Some already have been proven fabrications: e.g. the rate of IEDs reported by civilians has gone down — not up; the number of Taliban accepting the amnesty offer similarly has dropped by half rather than increased as Petraeus has claimed). This from a president who has yet to feel the full political force of what awaits him. Nov. 2 surely will embolden the Pentagon and the intelligence establishment to encroach ever deeper on the nominal authority of a beleaguered and pliable president.

The irony of our deeply-troubled, financially-strapped nation presuming to arrange the affairs of everybody else on the planet escapes him — and the rest of our political class.

What exactly can we expect in the way of consequences for America’s engagements and interests in the world? God only knows — and He may not be a confidant of Obama’s team of six hand-picked spiritual advisers.

AUTHOR
Michael Brenner is Senior Fellow at the Center for Transatlantic Relations.