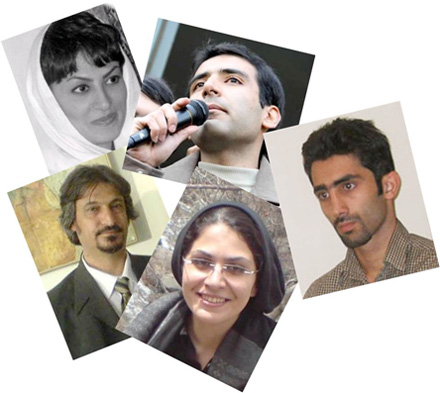 Ahmadinejad made his annual trip to New York to appear before the United Nations. The seats where the U.N. General Assembly members should have been, quickly emptied in protest again this year when the fraudulent president took to the stage. Yet, this alone isn’t enough of a message of support for human rights for Iran. Later Ahmadinejad met with Larry King as he has in years past. I waited, just as I have each time Western media has interviewed Ahmadinejad, to hear answers to the hard questions: “What is Iran doing about human rights?” “How can you justify the torture and murder by your government of your own people?” Again, Ahmadinejad didn’t have to answer these questions.

This continues to work in Ahmadinejad’s favor. Prior to becoming president Ahmadinejad was largely unknown, but after his first trip to the U.N. he became famous for his outbursts. In truth, Western media has helped Ahmadinejad to become a familiar face to the entire world. He loves the attention he’s gotten by his ignorant tirades. He uses the attention he gets from Western media to keep the opposition to the Islamic Regime under control. He’s become something of a diversion that keeps the world talking about his outlandish claims instead of focusing on the real issues. He brings an entourage of some 200 people with him to the U.S. every September—each of them receiving visas to travel to the U.S. while thousands of political Iranian refuges are in holding camps outside of Iran waiting months and sometimes years for a visa to a country where they won’t be imprisoned.

News about what is going on internally in the Islamic Republic of Iran doesn’t often make it to mainstream Western media, and so the faces of political prisoners wasting away in prisons in Iran today rarely become noticeable to the global community. For those of us who have faced the tyranny of the Islamic regime that has controlled our country for the last 31 years, however, the faces of those currently imprisoned haunt us every day. We find it difficult to participate in activities that normal citizens enjoy without a certain feeling of guilt that innocent members of our country are being tortured day in and day out without notice from the outside world.

Human rights is all too often avoided when we speak of Iran from the Western perspective. Nuclear arms takes center stage, and there is good reason for concern on this issue. I believe that any country that can torture its citizens, that uses methods of punishment like lashings, amputation of body parts including eyes and tongues, and practices capital punishments as inhumane as stoning and suspension hanging where the prisoner is lifted via a crane, extending the time it takes to expire, should rightly so be kept from acquiring nuclear weapons.

What disturbs me, however, is that in the discussion of nuclear arms in the Islamic Republic of Iran, the opposition movements within the country are often forgotten. Members of any one of these groups, including members of the student movement, women’s movement, or labor activists, if captured, suffer the worst abuses against human rights. In the Islamic Regime, being suspected of disagreeing with the government can land a person in solitary confinement between hours of brutal interrogation and torture for days and months and even years. Those who speak out, like student leader Majid Tavakoli, face cruelty that is unimaginable. Tavakoli gave a speech at Students Day in December of 2009, and ended up with an eight year sentence, convicted of intent to act against national security, insulting the supreme leader, Ali Khamenei, and the government-selected president, Mahmoud Ahmadinejad. Human right activists like Shiva Nazar-ahari are sentenced to six years in prison and 76 lashes. Long-time activist for secular democracy, Heshmat Tabarzadi, faces being imprisoned for as long as the government chooses to hold him. Young activists like Bahareh Hedayat and Milad Asadi continue to languish in Islamic Republic jails.

The list goes on and on, yet finding information in English about what has happened to these political prisoners is difficult at best. The fact that two nights ago again the cries of “death to dictatorship” were heard throughout the city of Tehran as citizens continued to protest the current regime, is no longer making headlines in Western news.

My point in all of this is that human rights cannot take a backseat when we talk about how to deal with the Islamic Republic. When we discuss the possibility of war with Iran being “back on the table” there is little mention of these abuses against humanity. Yes, the potential for nuclear holocaust must be dealt with, but we can’t turn a blind eye to the current situation in Iran. The accounts of torture are horrific. The extortion by the government in the cases of political prisoners whose families are forced to come up with hundreds of thousands of dollars for the release of their loved ones, is a lucrative model that the Islamic Republic isn’t going to give up easily.

AUTHOR
Reza Mohajerinejad is one of the student activists and organizers of the 1999 Student Movement in Iran known as 18 Tir. His book, Live Generation, is available on Amazon.com.