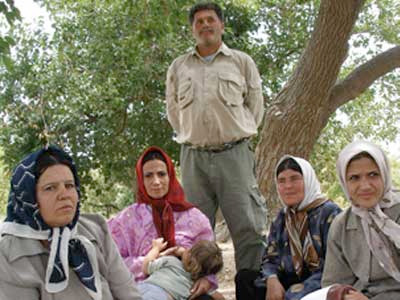 Since the disputed Iranian presidential election in 2009, it is widely known that the Islamic Republic’s regime has repressed protesters, journalists, and all forms of dissent. But the latest tactics to undermine Iranian women, who electrified the Green Movement and inspired activists worldwide, may dismantle decades of progress.

In the past month the government has pursued the passage of laws through parliament that would roll back what limited legal rights women are granted in Iran. In late August, a controversial bill, ironically dubbed the “Family Protection Bill,” was reintroduced to the Iranian parliament after languishing three years while tabled for review. Three articles within the bill would prove extremely injurious to women’s legal rights: articles 22, 23 and 24, which sought to impose heavy taxation of women’s alimony and dowry, remove the requirement to register temporary marriages, and to eliminate the need for a husband to prove financial solvency or ask his wife’s permission before marrying another woman.

Women’s rights activist Saba Vasefi, interviewed by InsideIRAN, attributes the “Family Protection Bill” to an offensive taken against women since the 2009 protests: “In the midst of all the despicable things that happened in the aftermath of the June 12 election, the government is now trying once again to show its might and push through a law that is so anti-women. Women in Iran have been on the forefront of many battles against the government.” Vasefi describes the most recent efforts against activists as the state’s attempt to create “gender apartheid,” to hamper further women’s rights efforts by setting the clock back on the past three decades of improvement.

It is no coincidence, Vasefi asserts, that the bill has not only been reintroduced at this time, but intensified beyond the already-oppressive language it contained three years ago.

The three articles pose a danger to women’s status by increasing their legal dependency on their husbands, while reducing their rights in marriage. Divorce will become more difficult due to the taxes on alimony, while a husband will be freed of all responsibility to maintain equitable treatment of his wives if he engages in polygamy — in Islam, polygamy is explicitly forbidden in the Quran unless the husband is capable of treating his wives in a perfectly equal fashion. The provision addressing polygamy would also allow a husband to take a second wife without permission from his current wife for a number of reasons, ranging from the first wife’s becoming sterile to her contraction of a terminal illness.

The provision removing the need to register temporary marriages is equally discouraging, as it would facilitate the abuse of the practice, which is often used in Iran as a legal means of soliciting or engaging in prostitution. Vasefi also pointed out that the “Family Protection Bill” would reduce the legal age for marriage from 16 to 13 for females, a fact that received little publicity in either Iranian or international coverage.

The bill was tabled in late August, yet will be reintroduced to a parliamentary committee on September 28 for review, and likely for another vote in parliament soon after. For the struggle for women’s equality in Iran, two steps backward seem to follow every step forward.

During the Islamic Revolution of 1979, women were promised greater equality in the hopes that they would strengthen the Revolutionary movement. However, following Ayatollah Khomeini’s triumph, veiling was made mandatory with strict punishments meted out to those who failed to adhere to the standards laid out by the nascent government.

On the other hand, in the last decade or so an absolute sea change has taken place for Iranian women: Iranian women, statistics show, are more educated than Iranian men, with women forming a significant majority of science and engineering students in universities, as well as in primary level enrollment. The number of women in the workforce has at least doubled since the Revolution, according to the Middle East Institute, though women still constitute less than 20% of the workforce generally–well below international norms.

While for a time it appeared the status of women in Iran was gradually improving, the massive protests following the disputed June 12, 2009 presidential election in Iran made women public enemy number one for the Iranian government. Dozens of reporters on the streets of Tehran during the protests commented at the awe-inspiring role female demonstrators played in the protests. Correspondents witnessed women of all ages brave tear gas and police batons to demonstrate, often standing their ground against heavily-armored police while male protesters fled in fear, or shielding total strangers from baton blows with their own bodies.

The role of women in the 2009 protests cannot be overstated, and the Islamic Republic has neither forgotten nor forgiven that fact. Equally disheartening is the fact that the Iranian authorities are repressing women in a far more dangerous and direct way than passing draconian “family protection” laws: dozens, if not hundreds of women’s rights activists have been personally targeted for arrest or extralegal attacks.

Prominent women’s rights activists such as Saba Vasefi, Nasrin Sotoudeh, and Shiva Nazar Ahari have been attacked, arrested, and put on trial (respectively) within the last few months. Vasefi, noted for her women’s rights work as well as campaigning to end the use of the death penalty on children, was intentionally hit by a plainclothes government agent on a motorbike and severely injured. She has since escaped Iran. Nasrin Sotoudeh was arrested in early September, 2010, for her work as a lawyer defending two other women’s rights activists, the Nobel laureate Shirin Ebadi (on trial despite her exile to the U.K.) and Shiva Nazar Ahari. Ahari has been repeatedly detained and released in recent years, and was charged in late August with “moharebeh,” or “warring against God,” which is eligible for the death penalty. Last week she was sentenced to six years in prison and payed a small fee to avoid receiving 76 lashes, while her family will face a crippling fine if Ahari attempts to flee Iran.

While purporting to hold the values of Islam and the 1979 Revolution sacrosanct, the current actions of the Iranian government demonstrate that when threatened, they are willing to turn their backs on both and erase the decades of struggle that improved the status of women in Iran today. A silver lining, however, remains: with every effort the Iranian authorities make against women’s equality, they merely highlight exactly how surprised and frightened the women of the Green Movement made them in the summer of 2009.

AUTHOR
Shayan Ghajar of the InsideIran project contributed research for this article.