Whatever Happened to “via Chris Davis?” 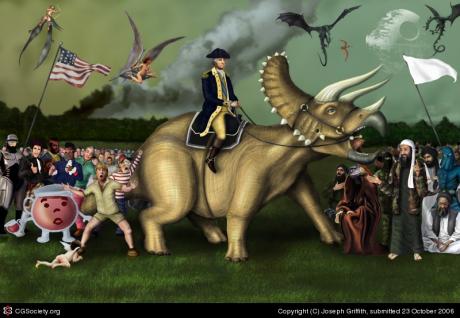 Sometime ago, a seemingly enthusiastic anti-“neocon” warrior by the name of “Chris Davis” appeared on the pages of Iranian.com.  While he claimed to be a new member, he showed an astonishing familiarity with long term members of this site.  He also claimed that he was a blogger and a journalist and he immediately uploaded a slanderous hate blog in which he accused two members of IC, namely Fred and Darius Kadivar to be neocon agents, etc. (you know, the usual stuff).  He also proclaimed that he knew which New York PR firm Fred worked for and that he was going to expose him and others—whose true identities he had identified on Iranian.com in the miraculously short period of time that he had registered—in an upcoming article.

Immediately after the hate blog was posted, our own collection of the mentally disturbed, non-Iranians, communists turned Islamists, IRI lovers, slanderers and other assortment of nuts and sluts jumped on his bandwagon and declared him to be their hero.  I guess in that case, no proof was required as to identity of this creature.  The fact that he attacked two people that they didn’t like and called them “neocons” (was there also a “Zionist” allegation?  I forgot) was good enough.  One of them even left his email address for the blogger–which he immediately became so friendly with that he called him by his [fictitious] first name of “Chris”—so that “Chris” could email him in order for him to provide “Chris” with pointers on how to “go after” these devilish “neocons.” LOL!  LOL indeed!!!

Well, it’s been more than three months since “Chris Davis” wrote his God-like revelations, and we are still waiting—with bated breath—for his grand article and for his disclosure of Fred’s true identity and the identity of the New York PR firm which he works for.  More importantly, we are still waiting to find out who this great “via Chris Davis” is.  He claims to be a known blogger, but there is no record of him anywhere in the cyberworld.  Plus, why would a famous blogger write under an anonymous identity on Iranian.com?

I’m not saying that “via Chris Davis” is another username for a regular IC user who wanted to settle scores with a couple of old adversaries under a new username—well, I am actually saying that.  But the very fact that some people so quickly jumped on that slander bandwagon should go to show their character and their M.O. on this site.  But, perhaps I’m wrong.  Perhaps there is a famous blogger named “Chris Davis” who comes on Iranian.com to single out a couple of users.  Perhaps he would someday also show us his exposé on Fred, Kadivar and neocons.  Perhaps there is also a pink elephant running around the forests of India. We will never know….