ABBAS MILANI: “Problems and Prospects for Democracy In Iran” 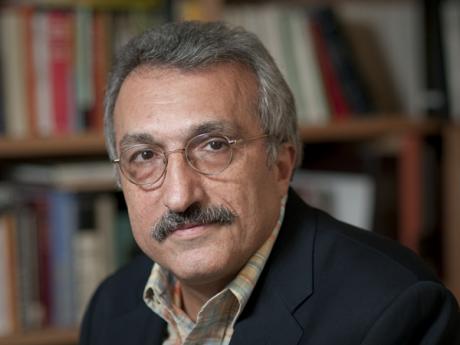 The Graduate StudentCouncil and the Caltech Y Social Activism Speaker

A Series on Iran: Struggle of a Nation DR. ABBASMILANI

Director of Iranian Studies at Stanford University,Co-director of the Iran Democracy Project at the Hoover Institution

“Problems and Prospects for Democracy In Iran:A Historical Perspective”

The dream of democracy in Iran is more than a century old. It began with the Constitutional Movement (1905-1907) and continues today with the Green Movement. What are the problems and prospects of democracy coming to Iran in future?

The dream of democracy in Iran is more than a century old. It began with the Constitutional Movement (1905-1907) and continues today with the Green Movement. What are the problems and prospects of democracy coming to Iran in future? Why did the dream fail to materialize in the past? Must Iran emulate the West, if it wants to become a democracy? Are there cultural, sociological or religious obstacles to democracy in Iran? Has Shiism been an obstacle to democracy or its ally? Where is Iran of today heading?

Dr. Milani wil review and discuss the recent events in Iran, and place them in the historical context of their roots. By analyzing the past and the present of these patterns, he will try to suggest patterns of future development, and the reasonable possibility of a democratic transition in Iran’s near future. He will also touch upon the complexities these patterns pose for the Obama administration and discuss whether in his view, and in the assessment of the Iranian democrats, they have been handling the Iranian democratic crisis well, or whether they have missed an opportunity in helping the Iranian democrats by focusing solely or predominantly on the nuclear issue. Is there a solution to the nuclear issue independent of the democratic prospects? Dr. Milani will argue that these two are inseparable questions and it is dangerous folly to think that one could be solved in the absence of careful, cautious, prudent and wise attention to the other.

BIO: Abbas Milani is the Hamid and Christina Moghadam Director of Iranian Studies at Stanford University and a visiting professor in the department of political science. In addition, Dr. Milani is a research fellow and co-director of the Iran Democracy Project at the Hoover Institution. His expertise is U.S./Iran relations, Iranian cultural, political, and security issues.

Dr. Milani is the author of “Eminent Persians: Men and Women Who Made Modern Iran”; “King of Shadows: Essays on Iran’s Encounter with Modernity”, a Persian text published in the U.S.; “Lost Wisdom: Rethinking Persian Modernity in Iran”; “The Persian Sphinx: Amir Abbas Hoveyda and the Riddle of the Iranian Revolution”; “Modernity and Its Foes in Iran”; “Tales of Two Cities: A Persian Memoir”; “On Democracy and Socialism”, a collection of articles coauthored with Faramarz Tabrizi; and “Malraux and the Tragic Vision”. Milani has also translated numerous books and articles into Persian and English.

This event is made possible by the generous support from the Moore Hufstedler Fund. The Series on Iran: Struggle of a Nation is a forum aimed at bringing various perspectives in raising awareness of and encouraging dialogue on the recent events in Iran. For more information about this event or the series, please contact the Caltech Y at 626.395.6163 or email caltechy@caltech.edu.