The Land of the Pure 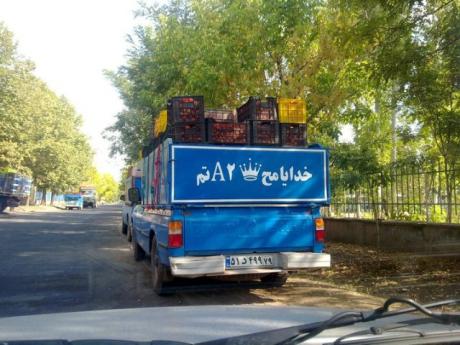 After India’s independence from the British, Mohammad Ali Jenaah who was one of the key figures in the struggle for independence alongside Gandhi and Nehru insisted that the Indian Muslims MUST have their own country. Gandhi’s tireless efforts to dissuade Jenaah that India’s strength was in the unity of her people and that she shall remain one country with Muslims and others living peacefully side by side was futile as Jenaah maintained his demand of an independent Muslim state. Consequently, the Muslim states and provinces of India were separated from India and Paakestan and Bangladesh were created.

The story of Paakestan is an interesting one as the Muslims who considered Hindus “Najess” or unclean/less than pure named their new country Paakestan as in the land of the pure….So is the genesis of the first country whose “system” of government was an “Islamic Republic”. After Paakestan, Nigeria, Iran and Afghanistan were named Islamic Republic where India, a multi-religious country with Hindus, Jains, Buddhists and Muslims, was governed by a secular system of government.

Today, the secular India is a model for the victory of a successful democracy in the world. India was ranked second in economic growth after Brazil last year.

However, The Islamic Republic of Paakestan has managed to qualify as the model for intolerance and chaos. Coupe after coup, assassination after assassination has plagued this Islamic utopia. Zia-o Hagh, executed Zolfaghar Ali-Bhutto via amilitary coup, but Zia’s military reign ended after his assassination. Parviz Mosharaf’s military coup ousted Nawaz Sharif, but Mosharaf himself was ousted via another coup. Benazir Bhutto was assassinated a few days after elections, and ……

Paakestan does not look any better in the economic scene either. The Paakestan government would have not been able to manage the recent flooding disaster if it weren’t for the aid of international aid organizations. Paakestan, “The land of the pure” is a heaven for counterfeit and forged industrial goods. In fact, Paakestan is one of the major producers of counterfeit goods in the world.

The political scene in Paakestan is not a whole lot better. Paakestan receives financial aid from the world community (US and Iran come to mind as contributors) to fight the Taleban while in fact they supply and support Taliban under the table.

These are but a few highlights from the resume of a country that distinguishes itself from her motherland India via religion and the divine power it offers!

Now tell me your beloved theocracy in Iran is any better….in fact it is far worse than Paakestan as proven time and again in the last 31 years.

(translated to English by CoP)