Adam Lambert, one of the greatest singers in the world 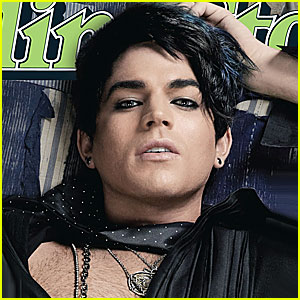 Adam Lambert is one of the best singers to have walked on earth. I recently went to see him in concert at the Nokia Club in LA and everything about the entire show was incredible. He definitely reminds me of Farrokh Bulsara aka Freddie Mercury from Queen (who is Persian) in many ways. Adam put on a huge show. Adam has an incredible voice which is certain but, the stage pressence is what sold me most. The man can sing everything from ballads to uptempo numbers and still manage to make you believe what he is singing. Lets not forget his trademark falsetto scream he is famous for. Adam Lambert has worked with many famous people and has also worked with several Persians. Everyone from Alireza Amirghassemi to Reza Mahjoub to DJ Khaled and more. He has made appearances all over the country and even hung out with the Persian people of Bia2. He is also being nominated for Grammy for his performance of Pink’s Whatya Want From Me.

Adam’s recent performance of Soaked, a song written by the band Muse that talks about a man looking for love and having several one night stands before finding love.