Going All the Way 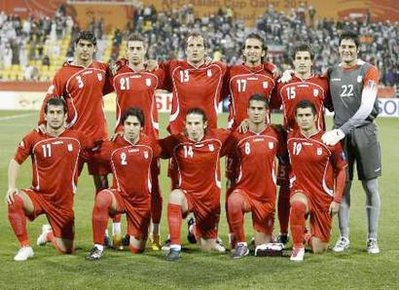 So Team Melli seemingly cruises to the quarter-final round of the 2011 Asian Nations Cup. After conceding an early goal to Iraq, our boys have not allowed a goal and have won all of their round robin matches – the only team to have achieved either feat. The next game against South Corea will be a classic, as it is considered by many to be the continent’s biggest rivalry dating back to 1970’s. This will be the fifth consecutive quarter-final game between the two giants in Asian Nations Cup with each winning two games – Iran in 1996 and 2004, South Korea in 2000 and 2007. Team Melli lost a heartbreaker in penalty kicks in 2007.

So in short not only this game is going to be nail biter, it is perhaps the toughest hurdle in Team Melli’s quest to capture the continental cup. Other than South Korea, of the seven remaining teams only Japan and Australia pose a worrisome threat, both of which have been cited as the preferable choice for a quarter-final match by our Team Melli players. Our boys rather play the South Koreans in the final. I agree, but that is not to be. As it stands, it is Team Melli against South Korea 19:25 local time this Saturday.

But for now imagine this: Team Melli not only beats South Korea, but wins the next two games and becomes the continental champ for the first time since 1976! This is very probable, as we are quickly becoming one of the favorites by football pundits. Most Iranians today (at least 75% of them) were not even born in 1976 or are too young to remember. They are at least two generations removed. This is the continent’s biggest prize that has eluded us for 35 years.

What will happen if we win? Will the Iranians flood the streets in masses to celebrate? Will the government be able to claim the championship as its own? Will it want to do that? What will the security forces do? Will they crack down hard or join the celebrating crowds? We may find out around 9 P.M. on Saturday, January 29.

So I say to the Iranian nation that our players are individuals first and then the soul of our nation. They never have or will belong to any government. They are part of each and every single of us. So go out to the streets and celebrate. What will happen if we all go out like we did in 1997 after qualifying for World Cup 98? DON’T CURB YOUR ENTHUSIASM. But for now don’t forget to cheer for Team Melli this Saturday.

Disclaimer: I am in no position to advocate for mass celebrations. My main concern is the safety of the people. With this note, I am just pondering.