Did THEY kill him? 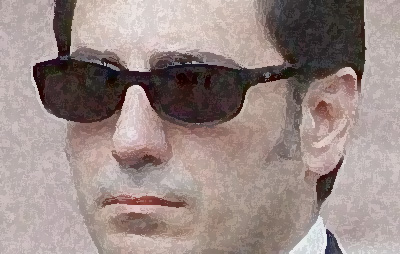 On Jan. 4, just after the New Year, the youngest son of the late shah of Iran, Alireza Pahlavi, was found dead in his Boston apartment at the age of 44, his head blown off by a double-barrel shotgun – both chambers of which had discharged. Educated in Ivy League universities, and an artistic sort, Prince Alireza was a dashing heir to the Iranian monarchy after his elder brother, Reza Pahlavi, who lives in the Washington, D.C., area with his mother, Empress Farah, and his children.

To many, if not most, of the Iranians who fled Iran after the fall of the shah in the late ’70s, and his subsequent death from cancer in exile, the royal family symbolizes a time when the nation held great promise. Iran was rich with oil revenues – and a well-educated population that was free to live life in religious freedom and without fear of the rapes, stonings, torture and executions at the hands of what now is a radical Islamic regime that enforces Shariah law. Prince Alireza epitomized the hope of a great civilization on the verge of throwing off the yoke of the barbaric mullahs who now terrorize their own people and Christians and Jews worldwide.

The news of Alireza’s death spread like wildfire, and the Persian diaspora deeply mourned the passing of one of its hoped for future leaders. Years earlier, the prince’s sister, Leila Pahlavi, had died in a London flat from what was said to be an overdose of barbiturates. The family has paid its price but always soldiered on, knowing what they symbolized to their own people.

Following news of Alireza’s death, with lightening speed the Suffolk County district attorney quickly declared it a suicide, claiming that the prince was “depressed.” But at the moving and beautiful memorial funeral for Alireza, which I attended with my “adopted” Persian family held in the Washington, D.C., area Sunday, Empress Farah, eloquently and lovingly, giving “her” eulogy for her fallen son, made it known that he was not depressed and indeed had every reason to live. As is true for Jews and Christians, it is a mortal sin for a sane and rational person of Muslim origin – even if not practicing, like Alireza – to take his own life.

While the Pahlavi family had also previously declared the death a suicide, this was to be expected. Having experienced how the United States had sold out the shah under President Jimmy Carter – leaving Iran in the hands of fanatic mullahs bent on killing them – the family has always felt that it is living on thin ice and does not want to cause “trouble” for its reluctant American hosts. It has tried to keep a low profile and, frankly, has always feared that it could be assassinated by agents of the Islamic regime in this country – which are many, particularly in the national Capitol area. At Alireza’s funeral, security thus was very tight. As Prince Reza and Empress Farah approached the dais to speak, each was accompanied by four large body guards. Like all attendees, I was questioned and searched before entering the concert hall where the memorial service took place.

Although the autopsy report is apparently being kept under wraps by the district attorney, I have learned that the both barrels of the double-barrel shotgun used to kill Alireza were found discharged. Firearms experts will tell you that it is extremely difficult if not nearly impossible for a person training a shotgun on himself to pull both triggers at the same time, and that usually the first discharge will incapacitate the suicidal person. Moreover, the way that the body was found was peculiar, reminiscent of what many people thought was the murder of Vince Foster years ago, during the Clinton administration. Foster, a deputy White House counsel who was more than “close” at the time to First Lady Hillary Clinton, was found dead, also allegedly at his own hand, in Fort Marcy Park in McLean, Va. – having gone to the barber and then munched on a cheeseburger just hours before – an unlikely scenario for someone contemplating killing himself. The death was never adequately explained and likely covered up by independent counsel Kenneth Starr, the ultimate establishment judicial “yes man” of the era, despite his later role in the Monica Lewinsky scandal. It would not have been good for Starr’s hoped-for chances of being nominated and confirmed as a Supreme Court justice to have ruled the death a murder; the controversy surely would have caused pro-Hillary Democrats to block his confirmation. Of course, after the failed Lewinsky debacle, even the Republicans saw Starr as “radioactive,” so he never realized his dream.

I am not equating the death of Alireza to Vince Foster, but instead only pointing out that our government has the motive and means to cover up tragedies such as this.

For if Alireza did not commit suicide, and if he was assassinated by the regime, this would be an act of terrorism on American soil – putting President Obama “on the spot” to respond in kind during a period when the mullah in chief is dead set on his policy of appeasing Tehran to convince it not to build nuclear weapons.

Years ago, I encountered a similar situation. You might all remember the case of Lt. Cmdr. Jack Daly, the Navy counterintelligence officer who was attacked with a laser by a Russian spy vessel while hovering in a helicopter over Puget Sound, the site of our nuclear submarine fleet. Jack went nearly blind over the incident, but when he complained to the Clinton administration to do something about it, the Navy told him never to use the “L-word” (for “laser”), attempted to remove his security clearance and then threatened him with a dishonorable discharge. I intervened to protect Jack, sued the Russians, and our client later retired without further incident. However, throughout it all, the Clinton administration refused to admit that the attack was an act of war on American soil – so as not to require it respond in kind to the Russians, whom Clinton was also attempting to appease for his foreign-policy reasons.

So here is the question: Have President Obama and his government minions also covered up a plausible act of terrorism by Iran on American soil, so as to make it easier for him to continue his failed policy of appeasement toward the regime? I hope that my Persian friends, who so love the shah and his family, and all Americans, will join with me in trying to uncover the “truth,” since more than just the death of Alireza is at issue; but what we have together sadly learned over the years is the politicized lack of integrity of the establishment.

Larry Klayman, founder of Judicial Watch and Freedom Watch, is known for his strong public interest advocacy in furtherance of ethics in government and individual freedoms and liberties. During his tenure at Judicial Watch, he obtained a court ruling that Bill Clinton committed a crime, the first lawyer ever to have done so against an American president. Larry became so famous for fighting corruption in the government and the legal profession that the NBC hit drama series West Wing created a character after him: Harry Klaypool of Freedom Watch. His character was played by actor John Diehl.

In 2004, Larry ran for the U.S. Senate as a Republican in Florida’s primary. After the race ended, he founded Freedom Watch.

The author of two books, Fatal Neglect and Whores: Why and How I Came to Fight the Establishment, Larry is a frequent commentator on television and radio, as well as a weekly columnist, on Friday, for WND.com. He has been credited as being the inspiration for the Tea Party movement. (See “Larry Klayman – The One Man TEA Party,” by Dr. Richard Swier.)