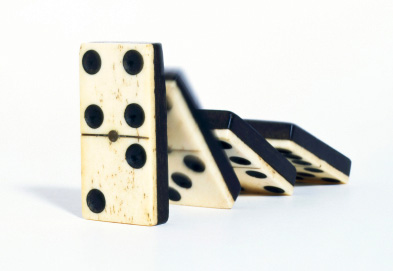 While the partying has just begun in Egypt, and the descendants of Pharaoh begin a Spring Break of the Great Sphinx proportions, the rest of the Arab world remains quietly sober.

Token price cuts in food, and other staples, and transparently foolish surprise raises for government employees, and random ransacking of parliaments, the latest insulting attempt to bribe their people by the last remnants of Arab despotism around the Persian Gulf.

Based on US support and the designation of “Friend of the US”, here’s the count:

Jordan: While King Abdullah may be the 3rd in succession, neither the country of Jordan ever existed, nor did it’s thin tradition of monarchy. Jordan was merely an idea and gleam in the eye of British map makers who unable to grasp that the desert has no border, drew one in the sand anyway, and renamed eastern Palestine, Jordan, based on the river divider. They then appointed Abdullah’s Grandfather, King Hussein’s father, as king of Jordan. That’s the legitimacy. No really that’s it! No wonder that last week, in fear of a Louis XVI style guillotining, Abdullah dissolved his cabinet and Prime Minister and met with the Muslim Brotherhood’s Amman Chapter. Tick Tock Tick Tock your highness. I’d suggest you ask Queen Rania to start packing the kids and your Mother up, and order the London and Virginia mansions to be swept and polished.

Saudi Arabia: The entire basis of this pseudo-kingdom is yet another British intervention, although much more romantic than mere map making, this one foisted by none other than T.E. Lawrence (Lawrence of Arabia). As the self appointed guardians of Mecca, the House of Saud has illegitimately ruled here, ever since Lawrence went insane (or gay?) over them.

Algeria: Recently (last 5 years or so) Algerians have been tempted by the promise of wealth sharing that Allah tends to promise all who enter, promptly invoking the wrath of the Algerian military who upon quashing the Islamic movement in it’s tracks,  promptly gave away Algeria’s oil to the French to develop. Hence France’s resurgence as an economic power of late. The crappiness of Peugeot, Renault, and Citroen, not withstanding.

Libya: Has been ruled by Qing Qaddafi and his many wonderful hats, since he took over as a Colonel in the 70’s. A socialist at heart, nothing but nothing makes a dictator giddier than toying with the idea of acquiring a nuke, and waking the US to put you down. Qaddafi got one whiff of Saddam’s downfall and has been playing nicey-nice from then on.

Morocco: Is a wonderful place as long as you know it’s a police state, and don’t mention the word (King) in anything you say. For example you cannot say that Elvis was the “King” of Rock and Roll, or that the best place to get a Burger is Burger “King”. Of course, I am simplifying and generalizing, but then again, so is Morocco.

Yemen: Wikileaks has the President bragging in a secret communique to the US, the effect of, “Don’t worry, I’ll lie to my parliament like I always do…” This shit, plus the fact that almost all of the attacks on the US gestate, start or are packaged into laser printer toner cartridges and sent via UPS from Yemen, should tell you something about how crude and crass Yemen is.

Oman: Yemen-Light except they sit right at the narrow straits guarding the Gulf. You know, where all the oil has to come through?

UAE (United Arab Emirates): An Emirate sounds really good, and looks even nicer on a brand new Airbus, or the Jersey of an English Premier League soccer player, until you learn that an emirate is really a kingdom with the word Emir instead of King. Illegitimate yet benevolent, the emirs of the emirates rule tightly and buy their people’s loyalty using the oil money harvests. The people are too full, and too fat, and possibly too dumb to rise up, even though they actually deserve to.

Qatar: Any country rich enough to air condition a soccer stadium for the World Cup, and actually win the hosting award, deserves to be overthrown. Soccer was meant to be played in a cold rain, not 114 degree heat with 114% humidity. Qatar is a emirate that doesn’t want to be part of the UAE (Why whatever for?) and Sheikh Hamad bin Khalifah al-Thani (say it like you mean it) became Emir when he stole Qatar from his father, whom he accused of stealing. Of course that makes total sense. While little else, women are allowed to drive. And as a destination for sex and labor trafficking, Qatar is right up there with Dubai as one of the best places to be… er trafficked.

Kuwait: Well what can be said about Kuwait that you may not already know. Actually, other than beng the only country ever to lose a war to Iraq, not much, and being yet another rich and corrupt Emirdom, that buys it’s people’s silence and complacency with the very oil under their feet.

Syria: As we have seen in Egypt, any president that grooms his son to take over when he dies is not a democracy. And so goes Syria. Possibly the most irrelevant country in the region, Syria’s main claim to fame is interfering in Lebanese politics at a Mafioso level, and claims to be friends with Iran which basically makes Syria entirely un-entertaining yet a nuisance nonetheless.

Which brings us to Pakistan: The most interesting thing about Pakistan is why it hasn’t flourished like India, when Pakistan is essentially India. Same language, same defiant nationalism, and pride, same intellect and education, same penchant for technology and computers. Everything Pakistan has leads you to a stellar expectation. Yet Pakistan is the anti-India, for no apparent reason.

All of these countries are “friends of the US”, each claiming the word “Stability” in their Wikipedia listings. Each is an utterly corrupt dictatorship of varying levels of brutality, with the total absence of anything resembling democracy or the slightest freedoms for their people. About as many of them have far more problems than Egypt had/has/will have. All of them are made up of good to great people whose power and potential is unfairly held in check.

If George Washington were alive today, he’d start another war just to free the people of the Middle East from all the King Georges.

I left off Iran on purpose, just to showcase that the recent spate of Facebook postings, repostings, forwarding congratulations to Egypt this and hooray for Egyptians that, are nothing more than the classic arrogance of amateur Iranian punditry, best lent to clearing up the problems of others, never one’s own, and that as Iranians we are always eager to offer unsolicited advice to others, especially refusing to take it ourselves.

Especially at the academic level. Never before have I seen so many Iranian professors, and department talking heads go on and on incessantly about “what it all means” and the “greater picture of social awakening”.

The arrogant deflection of our own fear of confronting outrageous oppression by our own countrymen for these past 30 years is stunningly embarrassing. Especially reading it on the medium that is supposed to save us all, Facebook and Twitter.

We will appear on all forms of social media, national TV shows whether The Daily Show or home-made local YouTube yokels such as Parazit (By the way, a parasite is an organism that does nothing and lives off the blood of other animals), and wax poetically as we opine between the ads for chips and fizzy soft drinks, by scantily clad blondes, what others ought to do.

We even send our best and brightest, who having written book upon book, PhD upon PPhd about Islam or the Middle East or some other title with the word “Strategic” in it, to Washington DC to “advise” administration after administration on what to do about this, that, or the other. Never heeding, taking, our applying our own analysis.

So desperate are we to avoid confronting our own problems, that we run gladly and almost gleefully to discuss and debate the meaning behind a senseless suicide of another young prince of Iran, and try to make something bigger and more conspiratorial out of it, in hopes we can live to deflect another day.

That we have collectively sat and tolerated the systematic institutionalized, and repeated abuse of our fellow brothers and sisters, each princes and princesses in their own right, and silently witnessed the continued rape of our homeland, heritage and inheritance, a basis of a most internationally exposed shame.

The level of crime that has been put upon us by the tyrants and traitors we have authorized through our collective cowardice, has raised less than a whimper of objection, and like abused wives of ogreous abusive husbands, we somehow reason that we must deserve to be eaten alive by the Shiist wolves surrounding the fast fading flickering embers of our cultural campfire.

But we don’t want to talk about all that right now, we’d much rather cheer on Egypt, and analyze, criticize, and objectivize everyone else’s obvious problems.

Because that is of course, after all, our sick priority.