One can not live on subsidies alone! 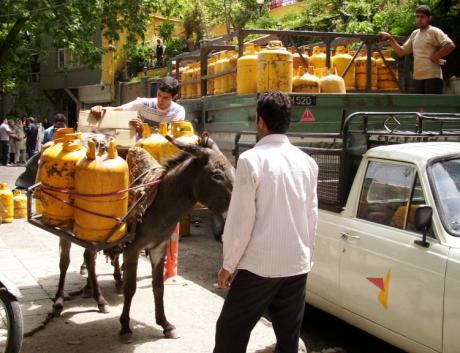 Over the weekend I saw Fareed Zakaria interview Karim Sadjadpour and Hooman Majd.  You can read the transcript here after the Soros interview.  I was also reading Ari’s blog entitled Quick glance at protest sweep in Middle East and North Africa and a discussion there about subsidies that shuts people from protesting and keeping people on the side of the regime.  Well I disagree that subsidies are “enough” to keep people happy.

One can not live on subsidies alone and even if that was the case and subsidies were to keep people happy enough to support the regime then there wouldn’t be so much disapproval.  I agree with Sadjadpour where he said:

So these protests are not about social freedoms alone.  They start with economic hardships which are getting worse by the day and then you have political and religious oppression on top of it.  I believe those who depend on handouts or corruption have a shaky “support” for the regime and would not hesitate to turn against this regime if this fragile string is broken.  The effect of these new “cash subsidies” will be felt more in the next few months when people “spend” their cash and end up going hungry.

The Iranian population is a whopping 80 million and growing and it is getting harder and harder to “control” this population with false hopes and religious sermons.