On the Origin and Nature of Patriarchy (7) 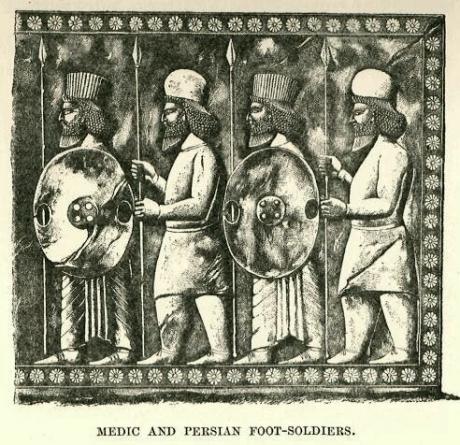 7. Establishment of Patriarchy in the Iron Age

The abolition of matrilineal descent resulted from men becoming ratified fathers after the historical discovery of biological paternity. Patriarchal political organizations, such as the Greco-Roman or the very late Mesopotamian City-States, were the fragile synthesis of enormous contradictions within the relations of procreation and production. The violence necessary to maintain the separation of public and private, simultaneously in the domains of procreation and production, should have a political component. To preserve his freedom, the pater familias needs family laws, fraternal cooperation among men, as well as social and ideological legislation. Patriarchy and the doctrine of Potency are the creations of a fraternity of fathers who act collectively. They are the products of political power. The Fraternity of men, so proudly established, so fragile, so much contradicted by the reality of social classes’ conflict, has nevertheless a material basis: it is the relationship among those who are free from the necessary procreative work, who are placed before the choice of acknowledging the child or not, who are compelled to find a mediation in both thought and action in order to avoid the so-called natural injustice of paternity.

The rites of masculine initiation and individual paternity performed in secret societies under their protection were the first historical attempts at mediating the contradictions of the masculine role in the process of procreation. Patriarchal transformation changed this mediation of ambiguities in the relations of procreation, from an exercise of magic, rites and mysteries to an affirmation of rational control supported by the Law and the universal patriarchal religions.

Patriarchal transformation not only maintained intact, but also institutionalised and consolidated, the separation of public and private and all other principles of social paternity as well as the economic dependence of women on men, the devaluation of maternal functions, the over-estimation of phallus and the predominance of misogynous values. Rationalised patriarchal political organization succeeded to the primitive magic as mediation of mysteries of creation of life. And this was a much more appropriate mediation, because it acted on the contradictions between social relations of production and social relations of procreation /child-rearing/domestic production, as well as on their internal contradictions. This ‘’rational’’ patriarchal system does not lose its magic, but replaces the magic with the versatility of patriarchal ideology of ‘’natural male supremacy!’’

The economic and ideological pillars of patriarchy are, respectively, private property and patriarchal religions of Book. The synthesis of the material, social and mystique aspects of paternity and property led men to create the patriarchal system: patriarchal family, patrilineal lineage, and patriarchal ideology. This system defines the generic position of male as non-working procreator, a position common to all men.

However, in the beginning of written history, the institutions of patriarchy were founded by non-working producers, that is to say by a certain class of men who were simultaneously free from the productive and procreative works. Before monotheistic religions of Book universalised patriarchy, a few men who possessed considerable property, substantiated the principle of paternal Potency by means of their material assets. They implemented the transition from the matrilineal cohabitating family to the patriarchal family, but only in their own social class.

As previously mentioned, in the beginning of the Bronze Age, men, as maternal uncles, lined up on the side of their nephews in inter-clan conflicts, because of the dominance of the matrilineal system. They sometimes had to fight against other tribes to which belonged their sons. As these men were now determined to become fathers and have a closer relationship with their sons in comparison their nephews, they gradually began changing sides: they lined-up on the side of their sons – who belonged to the enemy tribes – and slaughtered their nephews who were members of their own matrilineal family system. This was against the norms and they had to pay their blood debt towards their nephew / heirs by sacrificing their own sons, spilling their own sons’ blood.

However, from the 1000 BCE, the development of masculine private property and slave economy made human and animal lives too precious to be sacrificed in the redemption rites. Sons and especially slaves served to increase the wealth of their father / master, while the livestock was used as money. This new aspect of the economic life as well as the increasing possibility for the male property-owners to free themselves from the yoke of the matrilineal system erased their fear of the system’s guardian Spirits, its celestial representatives.

In matrilineal cohabitating family, children belonged to the mother alone, not to the father. This meant that a man could not consider his wife’s children, who were now his own biological children as well, to be his own legal children. Leaning on his economic and political powers, a property-owner man could, from that time forth, ignore his blood debt towards the son of his sister. He does not pay any more of tributes nor constantly give gifts to temples of the avenging Spirits and gods. He could make his wife’s child his own and thus resolve a good part of contradictions of social relations of this period: this was the introduction, among slave-owning aristocracy, of patrilineal system and patriarchal family, based on two pillars of exploitation of human by human, that is paternity and private property.

In ancient Greece and Rome, paternal power was asserted in the family through private property. True social paternity and patriarchal marriage could only be the privilege of the property-owing men. The principle of ‘‘patria potestas’’ — all power to the father — and the laws relating to ownership were codified by the Roman slave-owner jurists who defined the foundations of marriage so that only patricians, that is to say the slave-owner nobility, could contract it. If slaves were sometimes allowed to get married, their union depended on the good will of their master. In the beginning of the patriarchal slavery society, even the middle class plebeians didn’t have the right to legally marry. Like slaves, they could only live together and form a matrilineal cohabitating family. According to V.F. Calverton, in Athens in year 300 BC, out of a population of 515,000, only 9,000 had the right to legally marry. Private property allowed the passage from the matrilineal system to a patrilineal one among large-scale slave and land owners and not the rest of society. It was the monotheistic religions that eventually took away this economic barrier and universalized the power of fathers.