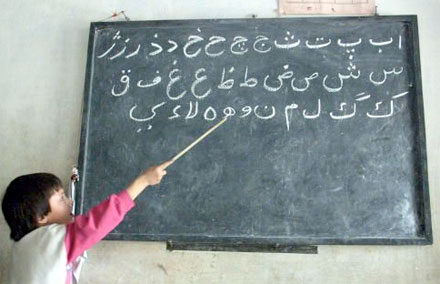 A few months ago, I attended an interesting talk by Reza Aslan and the topic revolved around regulations that are bound to influence our future. During the Q&A session, someone asked him, “What can I do to help?” To which, Mr. Aslan responded by explaining how a community can provide the means for those who will fight for their rights. He even mentioned the positive side of having a lobbyist.

“Lobbyist aren’t so bad, provided they support your cause!” He spoke of how they influence some big decisions that will have a direct impact on us. He then mentioned how some communities invest in promoting their cause while most Iranians are still reluctant to donate and concluded that, regardless of how strong we are as a community, we remain among the few who are seldom heard.

The thought stayed with me for some time, though I was not sure of the accuracy in his estimate.

Last week, I was invited by the Persian Studies program at San Francisco State University (SFSU) to talk to students and present my book. The talk would be in both Persian and English involving the differences between the two languages.

Arriving a small office, I was greeted by the most enthusiastic group of students who welcomed me and even made coffee before their professor had arrived. “We will sit here in a circle,” the class representative explained. I looked around that crammed space. The room was small and it did not resemble the elaborate classroom I had envisioned. As more students trickled in, more chairs were pulled around and soon the room had filled to capacity. The professor, Dr. Mitra Ara, arrived shortly after we had settled down. She, too, did not match the stern image I had expected. A young and attractive lady, she received me with her warm smile before proudly introducing her class.

The first session was mostly in English because this group was in the elementary level. As we began our discussions, I noticed how patiently Dr Ara explained some of the points in Persian, annunciating the words and making sure they all understood.

After the first group, we met with the more advanced class, though a few of the previous students also chose to stay. A tall student said something in Persian and I asked him, “Are you Iranian?” The young African-American blew me away by responding in fluent Persian, “Nah, man siah hastam! Esm-e-man Wyatt ast.”

How delightful it was to learn that Wyatt was not the only non-Iranian. Dr. Ara told me that some of these students had switched from Latin, Chinese, and other strong languages to Persian studies.

While many schools have some form of Middle Eastern studies, Iranian Studies, etc. to date SFSU is the only state university offering Persian as a minor. Loving my native tongue and yet had grown to believe it’s a “dying language”. What a movin g experience it was to hear these young men and women speak Persian with ease. Not only do they read and write, they also study the poetry of Saadi, Ferdowsi and so on.

In my enthusiasm, I had overlooked the sorrow in Dr. Ara’s eyes, but when the last of her students had left, she confided in me. “The school may soon be forced to shut down this program.” It took me a minute to absorb the weight of those words. It is one thing to start such a program, but only a school would know the difficulties in finding such a dedicated professor to run it. Lost for words, I said, “But why?”

We talked for a while. It is hard to understand why in a community that prides itself for its wealth and knowledge; no one has stepped forward to help those who are desperately trying to resuscitate this “dying language.” When our children are small, we spend part of the weekend to drag them to community schools to teach them a little Persian, but when a university offers it, which would in turn train our future teachers, we don’t seem to grasp its importance. If these students are denied further studies in Persian education, then who is going to teach the children of our children?

“What’s the cost of saving the program?”

“A few thousand dollars a month,” said the disappointed professor.

“Have you contacted anyone about this?”

She nodded, “We’ve tried, but nobody wants to listen.”

As I left, I was so moved that if I had known any tycoons, I would have gone and begged them that minute! Maybe the word has not yet reached the ones who really care. Maybe they don’t realize the enormity of having Persian at a prominent university as a minor, no less. Then again, maybe Persian is only sweet when we tell our ethnic jokes! Maybe we don’t love our language enough to invest in its survival.

The thought keeps on coming back. I still have faith that there is a guardian angel out there who will step forward and save this program before it’s too late. As I sent in my small donation, I also wondered if we could all join hands and salvage it. I don’t know, but once again, I’m reminded of a phrase Mr. Aslan had used in his response. So maybe the next time you hear somebody say, “Farsi shekar ast,” or that they wish for their children to keep their Persian heritage, you could repeat the words of Reza Aslan and tell them, “Put your money where your mouth is.”

AUTHOR
Zohreh Ghahremani is the author of Sky of Red Poppies. For more information about this program, please visit their web site. Or if you should decide to help, send your contribution by a check payable to University Corp/Persian Studies, and mail it to: