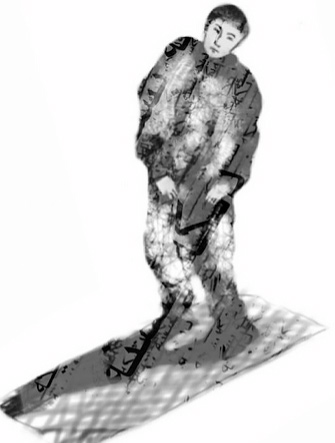 Part of my DaGod series, this is one of my drawings which is about young boys some as young as 12-14 who were brainwashed by the Iranian regime to join the Iran-Iraq war and put on the bus directly from school without their parents knowledge or consent. The regime was short for cash so these boys were used as mine sweeps, being send across mine areas being blown to bits to clear the way for others. This went on whilst merchants charged an inflated rate for any arms being sold, often the buyers getting a hefty cut out of the deal. The regime benefited from the death of these young boys because the Islamic regime benefits from spreading martyrdom for its propoganda machine. family of Martyrs or those who survived would also feel some sort of attachment to the event and the regime and this would endorse their loyalty.