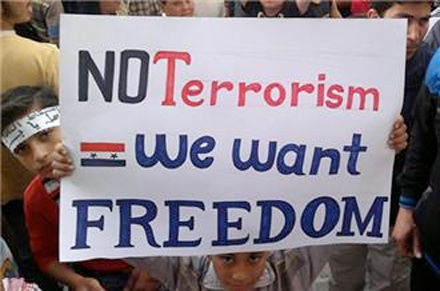 Tweets from Tahrir, it is called, and I sighed with distaste. As a hater of Twitters and tweeters and Facebooks – in fact, the whole bloody internet culture that is unlearning the world and teaching everyone to misspell the simplest words – it was a natural reaction. But I was wrong. A selection of the thousands of tweets sent from Cairo’s Tahrir Square, it is deeply moving, a record of great courage, mostly by young people, facing Mubarak’s legion of goons and regime thugs. Let me give you a taste of it, misspellings and all.

“Now that’s a really big pro-Mubarak protest almost reaching Tahrir. From Galaa Street. Worrying” (from Amr Garbeia). “Real panic in tahrir. Square overrun by Mubarak demonstration” (Mo-ha-med). “I’ve seen spontaneous demos. The pro-demo isn’t one” (Mo-ha-med). “Pro-change demo has regrouped and is pushing back the pro-Mub demo… F… reporting. I’m going in” (Moha-med). “Is this mubaraks answer to us?? Sending thugs to throw stones at us!” (Nora Shalaby). On and on they go, shouting that Mubarak should be prosecuted. Indeed, he is now being prosecuted!

“Christians will pray in Tahrir tomorrow and we shall circle them and protect them as they have protected us” (Wael Khairy). “Foreign press says Mubarak fortune at 40 to 70 BILLION dollars. These must be returned to the people of Egypt!!!” (Peace and Justice). “A revolution organised by facebook, spread by twitter and organised by a guy working for Google. I LOVE OUR REVOLUTION” (Mahmoud Salem). A man called Hossam says: “Haha I ca c the police like mice looking scared from the windows of their ministry building … a soldier now murmered to me we r with u … can’t stop myself from crying. We will win.” Mubarak, of course, tried to cling on. “Mubarak is staying. The bastard is staying” (Mahmoud Salem). “Hostile reactions in Tahrir now. Some waving shoes, others spitting on screens and women have broken into tears” (Mosa’ab Elshamy) And then, from Gigi Ibrahim: “Mubarak doesn’t OWN Egypt!! Does he not understand the concept of a state?!”

Some of the tweets are very funny. “Mubarak to step down. I am not able to breathe” (Mohamed Hamama). The Egyptians pride themselves in getting rid of Mubarak faster than the Tunisians threw out Ben Ali. But they were getting blogs from Tunisia – how to bite on lemons to alleviate the tear gas – and later, interestingly, from Libya. An anonymous tweeter recalled her family’s reaction: “My dad hugged me after the news and said ‘Ur generation did what ours could only dream of. I’m sorry we didn’t try hard enough’.”

What strikes me is how the Egyptians mobilised in a quite different way from the Tunisians and –lucky for them – quite differently from the Libyans. Indeed, civil war has now stricken Libya and is in danger of striking Syria, too. The dictators all churn out the same idiotic nonsense: that the revolutions – the demands for freedom, liberty dignity – are all the result of foreign plots. Ben Ali said this; Mubarak said it (“foreign hands”); his vice-president Omar Suleiman talked of “bats in the night”. Qaddafi blames Al Qaeda and America (quite an alliance); Jordan’s king has blamed foreign plots, too, and Assad did exactly the same this week. Saleh in Yemen tells his people that the plot is Al Qaeda, Israeli and American. Ye gods! This is the kind of talk the Middle East had to listen to back in the Sixties. But today?

The Syrian regime is made of tougher stuff than Mubarak’s police scum – they are infinitely more brutal – and Baathist backbone probably has something of the Gaddafi about it. There is too much shooting in Syria. And the effects can spill over into Lebanon, reflecting a Shia (Alawi) and Sunni dispute in Syria. Assad has already tried to implicate Lebanon in his crisis, which is preposterous. I prefer not to think about Libya. First we say we won’t get involved. Then we bomb Qaddafi. Then we promise military “advisers” (soon, no doubt, to be kidnapped by Qaddafi’s sleeper cells) and now we’re doing a Waziristan and sending drones over Tripoli. What is this insanity that Cameron and Sarkozy – and Obama – have got themselves involved in?

But there’s a non-Arab country with a very big stake in this extraordinary history. It is called Iran. I was interested to see what the Iranian ambassador to Beirut, Ghadanfar Rokon Abadi – a highly intelligent diplomat whom I have known since 1996 – had to say on the subject when he spoke to Lebanese students at l’Université Saint-Joseph this week. He congratulated the Egyptians on their revolution but preferred to suggest that all was well in Iran’s Syrian ally. Here are his words on the Arab awakening: “The Egyptian revolution is the revolution of youth. Intellectuals followed them. But in Syria, it’s not the same. To be successful, a revolution needs two conditions: firstly, a mental desire to revolt and terrible economic conditions. These two conditions are not present in Syria.” Well, the ambassador could have fooled me! And how, I wonder, did the Iranian revolution come about in 1979? Did Iranians have a mental desire for revolt? Did they have terrible economic conditions? No, I rather think they wanted dignity and freedom – even if the current regime cruelly put down the 2009 post-presidential election demonstrations.

But Iran will watch Syria. Syria has a young president. But Iran’s leadership is made up of rather old men – not as old as Mubarak or Ben Ali, of course – but it’s the same dangerous equation: young people being told what to do by old guys. One of the reflections of the twitterers in Egypt was how proud they were that they could do what Tunisians did. We shall see what Syria holds for us in the coming days. But what if this spread to the east, beyond the mini-revolt in Iraqi Kurdistan to the very pillars of the Islamic Republic? Now that is the question many Arabs will be asking in the coming weeks. And if Iran remains peaceful, what if it loses its Syrian ally? And then what of the Palestinians? What if a million Palestinians in Gaza decided to walk “home” to the original “Palestine”. While the Israelis are worrying about the fate of their favourite dictators, it might be a good idea to consider what people power can do in Palestine.

First published in The Independent.