The hate between religions which damage our lives 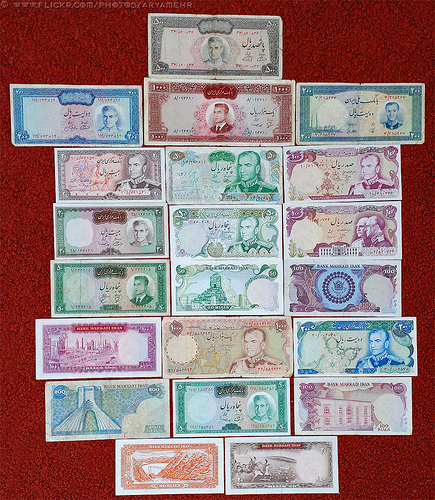 The hate between religions which damage our lives I would like to try to remove these problems which destroy a lot of lives even now in the world. In the past in Europe we had this problem, but now it seems in our Middle Eastern countries still it is in motion. There will be still a lot young and old people, even children who are suffering from the religions. Instead of having love and peace, we have hate and disunity with the religions. It is clear that some people make a lot of money, power and respect by religions, but in other side a lot of people lose everything that they have because of that?     Why we should have so many problems in our life?  And why we should suffer so much in our short life?

I remember one time Dr. Shahabi told if  Bab and Bahaullah instead of changing the name of Moslem to Babi and Bahai would bring their ideas as a philosopher or thinker, may be they had more success and the people did not suffered so much also. In that time that the people were under so much prejudice and were so uneducated to be against the name of their religion was a hard action and those people who even did not Quran and did not anything about the religion and they just listen to their clergies, were used as a device to kill the Babi and Bahai and also each other. In the time that Miss Kit Middleton is marrying like in a fairy tells and millions or dollars is spent for her wedding other girls in Iran is hanged up, just because they were Bahais? Is it just?    Why because they born in two different countries.  I know a lot of other people who are suffering just because of religion names and the hate between religions. The people just suffer, because of lack of knowledge greed and hate.  Killing other believer of other religions is just of the persecution, there are a lot of other types of persecutions.  The people who born in a family of two religion for example Bahai and Moslem will be doubled persecuted, from the members of both religions.

In the hope that one day Love and Unity will take the place of hate and disunity and greed or misuse of different religions. I thought the Bahai people and the Bahai administration is better than others. I believed that the House of Just is really a holey gathering and I count on it. As a child I was persecuted by both religions Bahais and Moslems people, one time I said Alah Abha to my father and I was just four years old. He hits me, because the poor father thought I will go to the hell by saying Alah Abha that I did not even know its meaning. Almost every day the good ignorant Moslem children teased me and say bad words to me that I put tomato in Abbass Effendi or I did   …..to the crystal box for the dead people  coffin or they punched the word Abbass Effendi with the knife on my desk and the teacher punished me for their action. In the way home the Moslem children attacked me four of five person and I have to fight with them, as I came covered with blood home, my father told me, clean and start to pray before it is late. And now the Bahai children made fun of me, because I war forced to pray Arabic Islamic Namaz?   After graduation, I could not marry a girl in my level, because both Bahai and Moslem girls did not want to marry a man with Moslem father and Bahai mother.  I was sent out of the work after the revolution in Iran and I lost most of my capital robbed by Moslem friends and Bahai family. I lost also my family and be cheated from both sides. That is what had happened to my friend Nasser. Why, in compare with Mona, he is not killed, but to lose family and wealth is not easy too. The Persian court system have ignored him as he was robbed by Moslem friend of his, him and the Bahai administration system and House of Just did almost the same to him?  I have to add, there is a lot of good and nice Bahais and also a lot of good Moslems, but what can we do if we meet bad people? And as you know thousand friends are nothing and one enemy is too much, so just few bad people is enough to destroy the lives of other people. I hope that one day Love and Just will replace hate and greed and misusing of religions and other school of thinking.

The human being should be live in peace and unity. The teaching of Bahais are nice, but not all Bahais act according to them , they are like other people and sometimes also misuse the good name of nice Bahais like Mona and the other nine angel who are killed in cruel way in Shiraz. And thousand of Bahais or half Bahais are also persecuted in the Middle East Bahaullah told if the religion is causing problems, to have no religion is better or love each other and do not count each other as foreign that all of you are the leaves of a tree trunk or fruit of tree of my friend do not think but love and plant love in your heart?  We should not go after the name, but Love and Unity of mankind.  A lot of my friends have lost their lives, family and wealth because of this name? Religion, I do not know if it is fair that in these year that many countries are going to be so advance, we should fight for the religions, and in reality all of them as they say, came just from one source God only in different times, but the people use them for fighting and hate and to gather power money and respect. May be some of those top religious people do not even believe in what of they are saying and preaching, that is just a business for them to make more easy money and to gain respect . In the hope that one day humanity and spirituality will cover all the existing religions and there will be a peace and cooperation between all of them, if they believe they come from one source.  But now the leaders of one religion persecute other leader of other religions, because they want all the benefits for themselves and they do not want to share the religion’s benefit with other people who are saying the same things.  And we should be the victim of them and lose our lives, wealth and family, country and work for their business.  And both side love to have some people who are willing to give even their lives for their believes.