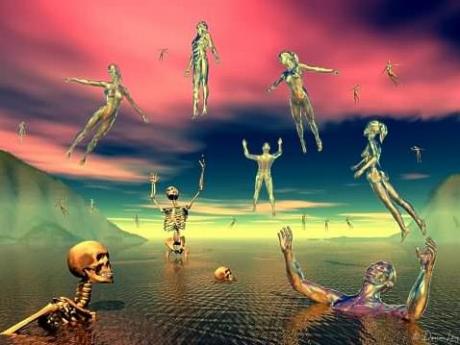 It’s been predicted that tomorrow, Saturday, May, 21, 2011 is the end of the world as we know it and Rapture will take place!

What this means is that all the good Evangelical Christians, Tea Party types and right wing Republicans will be shuttled to the heavens tomorrow in an orderly manner in air conditioned buses; something like those Vegas tours for Iranians from LA to do some gambling and watch Andy, Shahram and Ebi in concert!

And the rest of us Infidels, Muslims, Bahhai’s, Jews, Armenians, “Declined to Say”, cats and dogs, etc. will remain on earth and will face earthquakes, tsunamis, tornadoes and famines and will end up in the burning hell in the near future!

So I just wanted to take a moment and say goodbye to all the “Doomed Ones” here on this site and I hope that I’ll see you soon down in hell with all the sinners, movie stars, gamblers, fornicators and cheaters!

I also hope that JJ will bring his servers down there since we will have a lot of free time to blog in between all the sins!

I think that I am going to go and get a haircut now! You never know who you are going to run into down there!

Here is Rapture by Debbie Harry.