Don’t get too excited 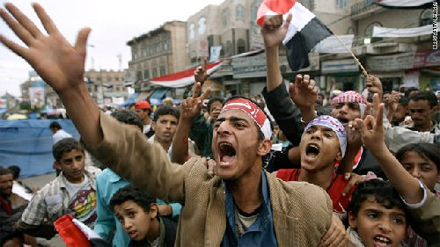 “The more likely immediate outcome of the current turmoil is a new set of dictators or single-party regimes. “- Timur Kuran (New York Times)

Unfortunately, I have to be in agreement with Mr. Kuran if not for much far pessimistic reasons. My conclusion, though same, is fundamentally based on different premise.

My reason of being so pessimistic of the prospect of democracy in Arab Middle East is the state of her existing culture. Here, I argue that, of without fundamental cultural reform – the prospect of change, at best, remains in an endless cycle of doomed petty leaps.

Unlike Timur Kuran, I do not think these societies lack of experience for independent institutions – though a fact – is the main obstacle in forming meaningful and lasting democracy.  Being free not to have to bow to political correctness, I say that these nations need a huge cultural paradigm shift. And again free at risk of not published in mainstream media, I add that … in way of undertaking this huge reform is nothing more impediment than these nations religion: Islam.

These nations are simply incompetent at this time for democratic institutions because, in huge numbers, they are ambiguous about the role of religion. The regards they weigh for Islam in their societies and its influence on their culture is too high to match the obstacles any successful experience in modern history we have had in transition to democracy.

The fact is that the state of current Egypt, for example, with that of Poland after the Soviet disintegration is in comparable. The western style democracy demands certain cultural readiness – which, with regrets I have to say, is absents in large part of the Middle East.

Saving pockets of most educated and secular elites who often choose cowardly to migrate to West with any turmoil and in face of religious fundamentalism; the only hope is the mass unemployed but educated Facebook generation youth. But this generation, thanks to years of Western-leaned dictators, is now at risk of turning to even more reactionary alternatives – Islamic alternative which in fact, I argue, is the root problem in ways of progress and modernity for these nations.

And here I am not talking about that despicable political Islam but the place and influence of Islam as “a way of life” in general. While I do not argue the need to stand up firmly against political Islam and suppress it mercilessly and militaristically everywhere – but the real challenge is to subdue that silent creepy influence and the illusion that religion is a viable alternative – the threat which even has put most secular states in Europe in alert.

In that the West has been partly sinner to allow this happens – particularly in 80s to balance Marxism is another story. Yet – even now, and post 9/11, the West is simply handicapped to deal with this danger vis-à-vis coziness with cultural relativism and political immediateness.

It is the necessity for a huge cultural shift that here is at stake and not just the mechanics of modern democratic institutions as Mr. Kuran seems prescribing. And that I do not see comes soon unless these societies pay the tolls in advance with few decades of Islamism as Iranian paid and still are paying.

In way of this reform is also the economic engine that has a huge interest to keep the game as usual – to keep the backward ways of life and social values as intact as ever.

To some Western powers, it still appears convenience to deal with Arab sheiks and dictators than a representative state with modern institutions which would deal with you on basis of merits and not interest of corrupt individuals.

It argues that it is much easier to subdue a camel that kicks here and there with Bin Laden types – than smart ass who asks same platform and rights. But such colonial mentality fortunately is not sustainable at age of World Wide Web. It is increasingly giving way to endorsing freedom for all nations – nothing to guard its own interest. In that, true Western democrats are the best allies these nations have.

The Western paradoxical approach to these uprisings in Middle East is obvious.

On one hand, to deal with one guy – enormously unrepresented by his people, is too convenient and economical. That is why ultra-conservatives in West resist acknowledging so readily with “Arab Spring”. It is hopelessly trying to find its ways with other forms that would last decades if not centuries – just as it did with neocolonial arrangements after the Great War. And to some extend, they have reasons that such inspirations can be contained – thanks to these nations reluctance for cultural change.

On the other hand, there are many powerful and intelligent people in West who have realized that the business as usual in Middle East is rapidly fading. They know that the very survival of democracy – world democracy that is, is increasingly geared to the fact that freedom and human rights are to be for all regardless.

That said, in my humble opinion, the real threat in formation of vital democracies in the Middle East is its very culture. In vacuum of independent bodies, of civic institutions of checks and balances, of secular and democratic culture, it is the collaborative forces of internal and external powers that have a better chance to emerge.

I also argue – among all these nations in Middle East, Iran has a better prospect for true democracy and modernism. She is most fit to call it off from this cultural yoke. She has seen it and as they say no pains no gains. She has paid a huge price in its recent memory with Mullahs in reign. Yet alone, it has always guarded its sense of nationalism with keeping a skeptic eye on its religion. It is just the matter of time Iran will free itself of this religious yoke.

Iranians have seen all degrees of painful mixture of state and religion in their history apex of which is Islamic Republic. But the end is inevitably – emerging with a mass craving for separation of state and religion at a constitutional level. It is coming par mass educated demands.  And that is what I argue Iranian should hesitate to wish to be any others in Middle East Islam.

Under shadows of minarets and entwined screeching sounds that call the Sheiks in line, the reflection of sun rays on blue domes, and the cheek wrinkles of dark faces followed by bushy hennaed beards topped with red turbans – there is not much room for economic productivity yet alone artistic creativity.

The vivid image I can not resist but display here is a restless camel ride on by a rag-head jockey – though arguably is a fancy orientalist ornaments … but by good account, it is well suited with corrupted oil sheiks whose immediate worries are not to miss any of the five prayers. Call it racist. Fine.

As pessimistic I am and as petty I have referred the prospect of real change in Arab world, I need to argue a thing or so that does counter my own premise. And that, above all, is the phenomenal power of internet which is the most revolutionary friend for the progressive youth of these nations to subjugate this cultural disadvantage. Freedom comes but without pain is not possible. Hence, having Islamists in power for a decade or so is not a bad start.