My impressions this time around 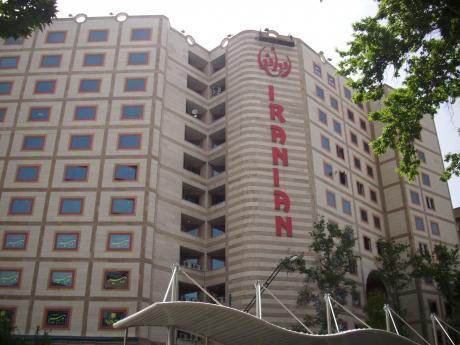 Whenever I go to Iran I find changes, one year to next bring many changes which you won’t notice as much if you go there every few years.  This year was no different.  One of the changes I see more often are the business changes.  In our neighborhood alone businesses have changed from being a chelo-kabobi to jewelry to children’s store to internet café and fruit stands.

And I’m not talking about one or two businesses, wholesale changes street wide!  Tehran is home to thousands, if not millions, of small businesses and retail for goods and services of different kind.  However, staying in business for long is difficult and many who stay in business don’t make much money, just enough to barely make ends meet.

Most of Iran’s economy is domestic and with sanctions and isolation that the Islamic Republic actually seeks the economy is what you can refer to as protectionism.  You know for example here in America every 4 years when there is a presidential election there is at least one candidate who says we should cut trade and deny foreign goods and services and rely solely on American know how.  Sometimes these candidates get more traction and find themselves as third candidates receiving about 10% of the vote but for the most part they’re fringe candidates.

In Iran it is different.  They advertise for domestic economy and keep making and producing Iranian goods trying to compete with Made In China products.  Sometimes they can beat Chinese prices and you can find that out when you go and buy household items or plumbing or electrical supplies.  They are really junk!  Another side effect of domestic only economy is that there is no rules.  People make their own rules.  Building codes are for sissys!  You can see plumbing pipes zigzagging across floors so they don’t have to buy few more elbows or tees or longer pipes.  Electrical lines dangling all over the place with questionable practices.  Enough to make you shake your head and smile!  What else can you do.

The market is saturated with more and more domestic products.  I always feel there is a disaster looming and people are actually very worried.  One thing I noticed this time around was the complaints about inflation that was much more than ever.  The cash subsidies are nowhere near enough and even the Parliament is talking about raising them and in the meantime people suffer.

We live in a large family and uncles and aunts come to visit us when I go home and I had noticed that they keep turning the lights off or using one light.  I’d turn the light and then go to the bathroom and when I come back I’d see the light off!  After a while I got mad and in a nice and laughing way said bubba keep the lights on, why you keep turning it off, at least have it on for these 2 weeks that I’m here!  And they’d say utilities have skyrocketed and they’re scared that Mr. Ahmadi is going to raise even more prices.  Suffice to say that we stayed in dark for the duration of our stay, except the very last day!

Ahmadi is now being ridiculed in every corner.  When I arrived it was the height of picking on him and for the last straw, forgot which Ayatollah, said that the Supreme Leader can harram Ahmadi’s wife to him!  What goes around comes around, Ahmadi picked on Mousavi’s wife and now it’s his turn.  As we say in Farsi; whatever winds bring wind will take; his presidency was given to him by wind and now hopefully it’ll be taken away with the same dog and pony show!

I also saw 4 or 5 fist fights this time around.  People get out of their cars and go at it.  I almost got into couple of fights myself waiting in the bread bakery line.  Apparently people ask if you’re the last in line and when you say yes, they say ok I’ll be behind you and will go and get some feta cheese and come back so please hold the line for me!  One guy asked me and I ignored him and then he say oooo, you, yes you I’m talking to you!  And the second time one guy came back and wanted to go behind me and the guy behind me wasn’t having it when the feta cheese guy was using me as his reference!

About 10 days into my stay I felt like I could get into a fight and were sizing people up when they’re looking at me weird!  I’m not a fighting guy at all but having seen people my size get into it I thought I could too!

The movies are now 95% comedy, and 95% of those comedies are nonsense and somehow people rather see them and not spend their money on drama which their lives are full of!  It’s depressing to see that good movies are now rare.  They also dub American and foreign movies ignoring copy rights and other than DVDs dubbed and advertised in Farsi they even show it on state run TV channels!

As far as political discourse and the fighting spirits the mood is subdued.  They don’t want to risk the little they have but it is fire under the ashes.  With the fragile economy and depending on nearly 100% domestic “manufacturing” and markets being saturated you never know when there will be another wide spread protests.  Last year there was no limit on buying Dollar from offical and semi-offical banks but this year there is $1000 limit and you have to show your passport and ticket to get it.  Presumably no limit on the open market in Ferdowsi street exchange stores although they say not all have enough Dollar.  The Dollar went from 995 Toman last yeat to about 1200 Toman this year.

Elnaz Shakerdoost is the hottest actress in Iran.  She’s very pretty and I’d say even prettier than Hedieh Tehrani, certainly younger 😉  Iranian women are always much better looking than men and despite the burden of hijab they’re much more dignified than their male counterparts.  That is a big difference you always notice clearly when you compare Iranian men and women in public.

What I always like despite all these shortcomings is walking around the streets between people of my own skin color and language.  Finding new places, new eateries, new parks and so on.  I must have walk about 50 miles a week.  It’s always fun and I always love Iran!

Photo caption:  the Iranian (.com 😉 building right at Vali-Asr median (formerly Vali-Ahd) right in front of Ghods cinema (formerly Polidoor cinema) rumored to be owned by Jahangir Javid, rumored to be the پسر عمّ of our very own JJJ!