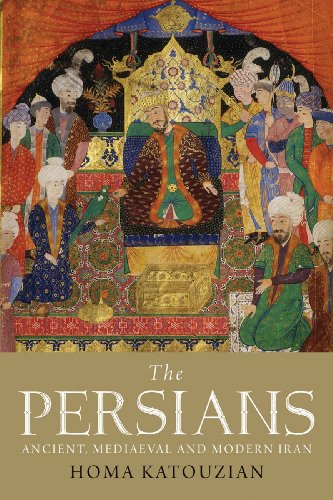 The Persians: Ancient, Mediaeval and Modern Iran By Homa Katouzian

Book description is “Covers the history of Iran from the foundation of the ancient Persian empire to the Iranian state. This book argues that the absolute and arbitrary power traditionally enjoyed by Persian/Iranian rulers has resulted in an unstable society where fear and short-term thinking dominate.”

Mr Katouzian tries to cover all of Iran’s long history, his approach is to increase the details as it moves to 18th cent, more on 19th and almost half of the book on 20th and 21st cent.It is an excellent book, highly academic and focused on stating the history.  At times it reads almost like a list of which king killed which king!

Mr Katouzian thesis on arbitrary power is very interesting, each king focused on gaining ‘personal power’ rather than creating a ‘power base’, which makes it different to western monarchies where aristocracies provided power base and would stand behind the ruler. This also meant the Iranian kings also had more power than any European kings, as were not bound by any law and could confiscated land of even the biggest chieftain/landlord. The other aspect of Mr Katouzian thesis is Iranian society is short termed perhaps almost influenced by its nomadic history. Business or policy of 10 or 20 year plans are rare in Iran’s history, and plans tend to be only for couple of years ahead, the attitude is so much that there is even a saying ‘who knows if we are alive in 6 months time’.

Overall a great book, and full of interesting references.