It Is Time to Recognize Islamic Republic’s Scientific Accomplishments 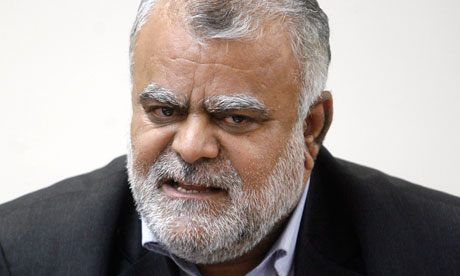 As a zoologist and an amateur anthropologist, I have always been enthralled by the idea of Neanderthal genes finding their way into modern humans’ genetic pool.  Was interbreeding between the two species even possible? The facts were certainly in favor of the gene mixing.  After all, for a brief (historically brief that is) period, Homo Sapiens did live alongside Neanderthals in the same geographic area.  They both walked upright, lived in communal groups, and if what I have read about them is correct, Neanderthal females were quite hot.  So, I always pondered the idea, until last year, when it was reported that our ancestors did mingle, genetically, with Neanderthals.

So, what does all of this have to do with IR’s scientific accomplishments?  I have to admit that I have always been one of the people who have been quite harsh on IR’s claims of scientific achievements.  I have always made fun of their use of 1950’s North Korean missiles and their attempts of calling them indigenously designed missiles, and their repainting of 1960’s F-5’s and calling them “Saegheh.”  But now, I have to tip my hat to them.  Exhibit “A” is the above picture, which is of no other than IR’s newly appointed Oil Minister, Rostam Ghasemi.  Just look at that mug, and consider this: the Islamic Republic of Iran has managed to produce, for the first time in human history, a living, breathing specimen of Neanderthal interbreeding with modern humans.  Look at that flat, low forehead, that primal growl of the teeth, that flat nose, and of course, the short, bulky stature that is one of main characteristics of his Neanderthal ancestors.  Hell, he even looks like an older version of the Neanderthal replica in Kermanshah’s own Zagros Paleolithic Museum.

So, all you naysayers, for all of you who never thought much of IR’s ability to produce significant, quality scientific achievements, what do you have to say now?  I hope you apologize to people like this guy who have been trying to tell us about IR’s scientific accomplishments for all this time…only to be ridiculed and belittled by the likes of a non-believer (until now) like me.

Plus, if you need more evidence (as if that is even needed), take a look at this mug shot.  He looks like he just came out of the cave and put his club down.  Plus, who else, but a Neanderthal, would work for an organization such as the IRGC?

I am somewhat crestfallen with the IR, though.  Why not share this marvel of science and history with the world?  Why not provide a sample of this beast’s DNA with the world so that we can all expand our knowledge of our unfortunate evolutionary cousins, the Neanderthals?  Here’s what I suggest:  the world should have a plan.  Next time Mr. Ghasemi shows up an OPEC meeting, someone should grab his water glass and swab it for DNA, and immediately send that sample to the American Museum of Natural History for further study.  Better yet, we can put him in a crate—like the ones in Jurassic Park—and put him on an Island, and observe his behavior.  We should even find him a mate.  Can I suggest one?  How about Ali Vakili Raad’s wife?  Here she is.  She is no stranger to mating with non-humans.  So, get her naked and throw her on the island with Ghasemi.  I’m sue she’s just as hairy as he is.  Let’s see what happens.  Let nature take its course.  The scientific world is waiting.