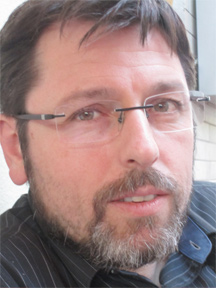 Walter Posch is a researcher and historian who has worked on security issues in the region, most recently on Iran. He is an Austrian citizen who studied Turkish and worked on the Ottomans in Vienna and Istanbul. He holds a PhD in Iranian studies from Bamberg University, Germany, where he worked under the supervision of Professor Bert Fragner. In his subsequent career, he worked as a Middle East Analyst at the National Defense Academy in Vienna and at the Paris-based Institute for Security Studies of the European Union (EUISS). He has visited Iran several times and writes public policy papers on Iran and the region.

What is your present position?

I am a Senior Research fellow for Iran at the German Institute for International and Security Affairs.

I was very much interested in history, especially that of the Ottoman Empire and its relationship with Iran.

As a student of the Ottoman Empire/Turkey and Iran, what do you find different and what are the similarities between the two countries, if any, especially in today’s politics?

Turkey has a strong European tradition both during its Ottoman heyday – the Sultan was also the Qaysar-i Rum, the Emperor of the Eastern Romans. And the Turks were for centuries included in European affairs be it in the Mediterranean world or the Balkans, and they started Western style modernization early on, during the 19th century, in a way which continues actually until this day.

Turkish and Iranian elites have basically the same interests: to develop their country on their own terms and be treated on an equal footing with the big powers. The Turks however are much more realistic in their politics. Their membership in NATO and their application to he European Union was to the benefit of the whole nation; also the country’s economic liberalization based on the rule of law, transparency and democracy is beneficial for all citizens and encourages individual initiative and therefore empowers citizens.

By contrast, look at Iran: its politics are typical for an underdeveloped rentier society; basically it is about controlling as many state institutions as possible in order to distribute the wealth generated by the country’s oil and gas. Therefore, there is no transparency of the political process; political parties are weak and only a front for strongmen who prefer backdoor deals, all of which means that transparency does not really exist. The citizen is not really empowered; ideology trumps qualification etc.

Do you think the Islamic Republic wants to attain hegemony in the region?

Not really; I think they are realistic enough to know what their limits are; however, the cards they have they use very cleverly. Look at Iraq or Afghanistan, though less so Lebanon and Syria. Their biggest strength is long-term thinking; they do not despair when they suffer strategic setbacks such as now in Bahrain. As a result, the Islamic Republic punches far beyond its economic and military weight, and stays always at the center of attention. Hence, they are indirectly recognized as a power.

What is the role of the Revolutionary Guards in this respect?

Ever since the students protest in 1999, the Guards have acted like a political faction. Most likely the drama around Ahmadinejad, whom they have supported, forces them to think again whether this was such a good idea.

In foreign policy, they engage in the cross-border operations (Iraq, Afganistan…) and they provide the regime with a very powerful tool – together with the intelligence Ministry.

Their economic role is important as well, but here, too, the Guards have to face the limits of the Iranian political system. They abused their power and went too far in their activities, to the detriment of other political factions.

Beyond that they have their ordinary military, policing and gendarmerie functions, which are basically necessary for the State.

In light of recent assassinations of several Iranian nuclear scientists, and the claim that Mossad, the Israeli Intelligence Services, had a role in these or, rather, that the Israelis did not deny their role, where are we headed?

I do not know whether or not Mossad has assassinated the nuclear scientists in Tehran. In any case since it is not the first time, this must have been a huge operation involving many local human resources in Tehran.

Do you think Netanyahu’s government will strike Iran in September as Robert Baer claims in a recent article?

Baer is the only person who talks about a possible strike. Besides, Israel would force the US into a war, and the Americans certainly don’t like to be seen as responsible for another war. Other than that it would mean the end of the NPT treaty to which Iran is a signatory and founding member.

You have done an extensive study on the Green movement. What are some of the weaknesses and strengths of the democracy movement in Iran?

Their weakest point is their strongest point: that they stay within the political framework of the Islamic Republic’s constitution. Inside Iran, many reformists have always expressed their fidelity to the Supreme Leader – who doesn’t want them – and to the legacy of Imam Khomeini. This allows the reformist current to stay in the political game. But then what do the reformists want? Is a democratic Islamic Republic still possible, I mean possible in real life, not in theory? The Hezbollahis as part of the Principalists (osulgerayan) succeeded in destroying the Reformist parties’ political cadres – all these young enthusiastic people who created their own version of “democracy and Islam”. In other words they marginalized the future generation of democracy advocates.

But the biggest weakness of the Green Movement is that there is not a single useful paper and strategy that sketches out the future of Iran. They also don’t want to change anything in the current constitution; nor do they have an economic strategy – here the regime’s 20-year vision seems to do the deal. And I never heard that the leaders of the Green Movement say they would like to touch issues like say Iran’s ethnic question. (It is not enough to refer to the constitution and vaguely assert the right to use regional and tribal languages, if it comes to the use of the language in school a look to the status of minorities in Canada or Europe could have been helpful.)

And I am not aware that the Green Movement had ever commented on the “gozinesh,” the ideological selection; perhaps it is not important; isn’t it?

So in the end we see a deal between the reformist leadership inside Iran under Khatami with Larijani and the rest of the Principalists on the back of Ahmadinejad. As of today this is what remains of the Green Movement inside Iran.

As to Iranians outside the country, those who would know best and who would be sincere promoters of democracy have been sidelined; they are young and have to rearrange their lives. Iran’s democratization process has lost a fascinating generation.

PrevPreviousAre Iran’s Leaders About to Get Rid of Ahmadinejad?
NextPolitical Cartoon: Lost in the Cycle (dedicated to Nasrin Toreihi’s Daughter)Next