Britain Can Take It 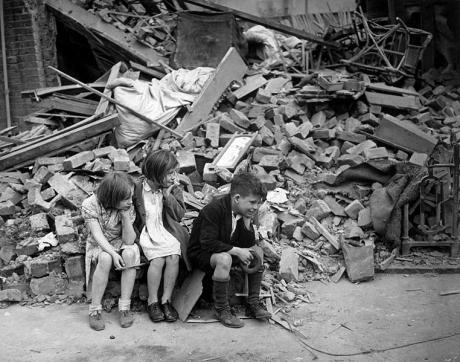 The last few days of rioting, burning buildings, killing and mayhem, starting first in London and later spreading to a number of major towns and cities across England, were reminiscent of seventy years ago when this country was engulfed in fire and destruction, though to a larger scale. Back in 1940 when London was being bombed by Nazi bombers every night, an American war correpondent, called Quentin Reynolds stationed in London filmed a short documentary named, London Can Take It, which showed in graphic terms the resistance of Londoners in the face of relentless Nazi bombing. Later Reynolds made a slightly different version of the same documentary and renamed it Britain Can Take It. As a tribute to the fighting spirit of the civilised Londoners and indeed the British people against the forces of evil and criminality, I present you with this most inspiring piece of documenraty.