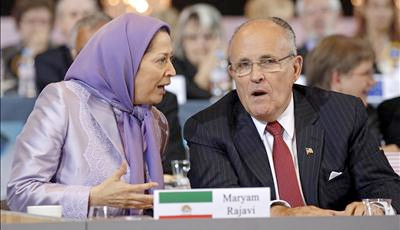 Mujahedin-e Khalq (MEK) has been launching relentless attacks against the National Iranian American Council (NIAC). The immediate reason is the Iranian-American campaign spearheaded by NIAC to keep the MEK on the U.S.’s terrorist list. NIAC and others have launched this campaign because delisting the MEK would unleash a major force for a U.S.-Iran war, undermine the peaceful pro-democracy movement in Iran while empowering anti-democratic hardliners, and put the free voices of the Iranian-American community under threat.

The MEK’s attacks are not new. The MEK and neo-conservative elements supporting them have for years been against prominent Iranian American individuals and institutions who do not subscribe to their views. The have included not just me and NIAC, but also individuals like Ramin Jahanbeglou, Vali Nasr, and Shirin Ebadi. Indeed, the U.S. Federal Bureau of Investigation (FBI) has detailed how the MEK accuses any and all of its detractors of being agents of the Islamic Republic.

NIAC poses a threat to the MEK in many ways – because we give the Iranian-American community a voice in Washington that opposes war, opposes indiscriminate sanctions and supports human rights and indigenous democratization in Iran.

The MEK has a radically different agenda, and like some of its neoconservative counterparts, wants to silence independent voices opposing their pro-war agenda.

The MEK and these neo-conservatives sought hard to hide the true source and reasons for the attacks against prominent Iranian Americans and NIAC. The MEK knows very well how despised they are in the Iranian-American community. More often than not, their attack dogs pretend to be Monarchists or of some other denomination. Few, if any, admit their ties to the MEK. And these neo-conservatives know that the attacks will appear more credible if they have an Iranian face.

But recently, the MEK’s desperation has shone through. Now, they no longer pretend to be disconnected from their campaigns against other Iranian Americans. Their attacks are posted on their own websites, and the attackers openly declare their dedication and loyalty to the MEK.

In this new desperation, they have also revealed their larger agenda. In a recent article, the MEK juxtaposed NIAC’s current campaign to educate the public about the ramifications of delisting the MEK from terror list against an analysis I wrote in 2007 describing the likely consequences of the Bush administration’s plan to include the Iranian Revolutionary Guard Corp (IRGC) on that same list.

The purpose of this comparison is to support the baseless claims by the MEK and its network of supporters that NIAC supports the regime in Iran.

The comparison falls flat. The designation would have had no economic impact on the IRGC, which was already exhaustively sanctioned by the United States. Instead, the designation was intended to advance a cause for war before the Bush administration’s term ended. Indeed, the entire issue seemed ripped straight out of the Iraq war playbook. This is why several leading U.S. policymakers opposed the measure, including the bipartisan leadership of the Senate Foreign Relations Committee (led by now Vice-President Joseph Biden and Republican Senator Richard Lugar).

Senator Joe Lieberman, one of the strongest advocates for an Iran war in the Senate, later introduced the idea in legislative form and added language that explicitly gave a green light to conducting military action against Iran. The Kyl-Lieberman amendment stated the following:

(4) to support the prudent and calibrated use of all instruments of United States national power in Iraq, including diplomatic, economic, intelligence, and military instruments, in support of the policy described in paragraph (3) with respect to the Government of the Islamic Republic of Iran and its proxies.

The call for the “use of all instruments” including military instruments is what constituted a green light for war. In reality, the amendment had less to do with listing the IRGC as a terrorist organization than supporting military action against Iran before Bush’s term came to an end.

The amendment caused a storm in the Senate – and even the Democratic primary debates – because it was rightly seen as an effort to start a war with Iran. Opposition from anti-war groups and Lieberman’s colleagues in the eventually saw the above paragraph deleted from the amendment.

To suggest that my analysis, or Senator Biden and others’ opposition to this move, was favorable to the IRGC is preposterous. Indeed, NIAC has been a key supporter of precision sanctions targeting the IRGC and leaders of the Islamic Republic. These targeted sanctions hit the elements in the Islamic Republic responsible for crafting policy and for the human rights abuses, while sparing innocent civilians and allowing the nascent opposition movement room to grow and build their power.

And herein lies the difference between NIAC’s approach and the tactics of the MEK and these neo-conservatives. Though they pretend to target the IRGC, their policies in reality pave the way for a war that would see hundreds of thousands dead. NIAC and the Iranian-American community as a whole, on the other hand, puts the well being of the peoples of the America and Iran at the center. We have consistently opposed war, and instead pursued policies that would target the IRGC and the leaders of the Islamic Republic without hurting the Iranian people or risking a war that would be disastrous for both countries.

The questions people should ask themselves is why the MEK and these neo-conservatives consistently support policies that on the surface appear to target the clerical regime, but in reality drive the US and Iran towards a military confrontation.

Our ability to give the Iranian-American community an opportunity to be heard in Washington DC is a threat both to the agenda of the MEK and that of these neo-conservatives. Therefore, the attacks against independent voices in the Iranian-American community and NIAC will continue. But as the community comes to understand the agenda of the MEK, it will no longer buy their conspiracy theories.