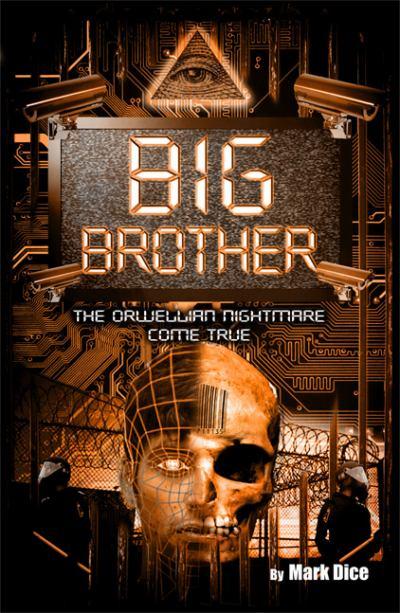 I rarely Like to draw attention on myself on a personal level or should I say personalized level because I do not think that I am any more any less entitled to attention or respect or even consideration by the Administrators of this site. I am merely a contributor here like everyone else with no personal gain in the management or profits of this website other than the opportunity over the past ten years of being able to express myself, entertain at times, educate or interest people with my articles, blogs and other means of expression available in the www.

I also hope in my own modest way ( at times funny at others clumsy but I believe at worst sincere and at best thought provocative) that I have also helped push the bounderies of free speech on this website but also shared knowledge with people who have been kind enough to follow my writings and blogs over the years.

If that means that I have gained an immediately recognizable name and style of expression in an online public sphere over the years it is also partly due to my personal hard work and time spent on this website.

My aim is not at all to flatter myself nor beg people fans or not to spill crocodile tears in writing this blog but I do think that I am entitled to a minimum be it Infinitesimal Fairness when it comes to being moderated in response to an argument or vehement discussion which can take place between me and someone I disagree with or who happens to disagree with me.

Most of them ARE ANONYMOUS and other than Q ( Qumars Bolourchian) with whom I had differences and for which I was told to behave based on the editorial policy of this website to which I have abided since ( essentially not using profanity, and avoid embedding videos etc …).

Those who have been following my contributions or comments may well remember the exchanges with the likes of Capt_ahyab Sargor Pirooz ( Whom I never flagged nor do I believe he ever flagged me) in the past, or Ostaad and Now Simorgh5555 whose attacks and cheap shots comments including on cultural blogs or even those which have absolutely nothing to do with Iran, politics or other issues of interest to me and my loyal readership or like minds.

Facebook friendship has also become a pretext for some anonymous people to come and befriend me only to come back on IC to stab me publicly. I don’t care much for that for I don’t say things any differently on Facebook than I do here. It just says more about them and their intellectual duplicity than it does about me.

If some people don’t wish to engage in a debate with me or feel that I am being abusive, I welcome them to tell me bluntly and frankly and I won’t engage with them and I will respect their choice and avoid any type of exchange or commentary with them or on their blogs.

But I do have something to say about Fairness if that word means anything to the Administrators of this website.

There is a difference between Flagging someone for Profanity per se and using this ability to Flag me on grounds which have no real reason other than engage in a psychological warfare aimed at ousting me out of this website.

This type of behavior by some people on this site often Protected in their Anonymity by Anonymous ID’s and Avatars and at times Multiple ID’s resort to hypocritical and nauseating Political Correctness aimed at getting even with me on grounds of Previous feuds which have absolutely nothing to do with the discussion as has been the case in this thread between Pendar Neek and Me.

But I can come up with other similar situations than the above example.

That’s Not the Point.

It’s just that Having been around on IC for a long time and with full accountability for my opinions and full Identity I happen to be subject to such RECURRENT accusation by ANONYMOUS commentators using ANONYMOUS Methods such as Flagging to counter me not with an aim to debate or counter my arguments with a Fair Response but as a Pretext to exert ABUSIVE POWERPLAY, PERSONAL JEALOUSIES OR CHARACTER ASSASSINATION.

Again All this protected by their ANONYMOUS ID’s and often Multiple to get away with it.

This is NOT FAIR Not just towards me but is it NOT FAIR towards the intelligence of IC readers who can draw their own conclusions.

Such Abusive behavior is nothing short of Character Assassination aimed merely by Malice not political conviction, Moral Standars or even indignation.

ABUSIVE Flagging even of Humorous or Ironic Responses also have become to convenient excuse to Assassinate an Online style and Personality which I have shaped over the years and which define my way of expressing myself.

I have no problem with tough talk or vehement exchanges as long as I can RESPOND when Provoked particularly when it comes to ANONYMOUS commentators who do not stand for what they say or comment on.

It’s SO EASY to get away with it and Then Come up with the INSINCERE EXCUSE that they feel hurt or that someone has not respected their point of view simply because they are running out of arguments.

All this to say that the minimum before taking such critics made towards me or Flags into account is to FULLY read the exchange in the thread entirely in order to understand the context of what is being discussed here and the moral dilemmas which are in the Balance and not merely some exaggerated pretext or False grounds of an expectation to have a so called “polite” and “civilized”  intellectual exchange.

Otherwise I hope you would agree in all Fairness that such Political correct excuses are Truly starting to become a waste of time and energy for all concerned except for people who wish to turn the ability to comment Freely on this Website into a DAILY ORWELLIAN NIGHTMARE !

So Before You decide on setting a new set of Editorial Rules You have in mind for your next Beta, Gamma version of IC in a near future I hope that my complaint will be taken into account not as a personal attack on anyone in particular for I don’t count on changing people’s personalities who all have their way of expressing themselves. But at least in regard to the type of Recurrent Abusive Behavior which seems to lack some form of moderation.

For I believe there is a difference between Flagging Someone for what he says and Flagging that person because we simply don’t like them or like what they say.

Thank you for your Hard Work and for what it is worth for taking this comment into consideration.