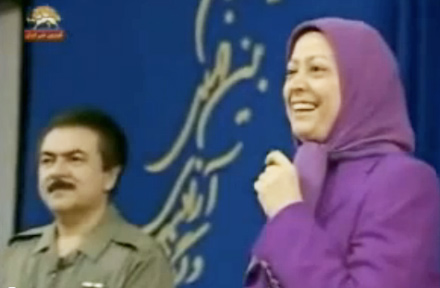 The presumption that the MEK would transform itself into a “moderate” political group if delisted is flawed. The MEK did not become “radical” as a result of being “listed” as a terrorist organization in 1997. It was an extremist group way before that date. What fuels its radicalism and taste for terrorism is not how it is termed by the State Department or the nature of its relationship with the U.S, but its fanatical ideology, pugnacious discourse, undemocratic structure, leadership, mission and agenda. So unless the act of delisting provokes by itself a miraculous mutation in the group’s genetic fabric (something that proponents of delisting have to prove), there is absolutely no reason to believe that the MEK would or even could go against its own nature and fundamentally change its behavior solely because of a new legal status. Expecting an inherently violent and erratic organization to relinquish its raison d’être and become pragmatic because of a mere change of designation is as absurd as removing a snake from the list of “reptiles” and expecting it to act as peaceful dove.

Delisting the MEK would more likely allow it to advance its agenda with more freedom and with much more funding and act out its twisted vision with a credibility bestowed upon it by a U.S stamp of approval.

Of course, no one denies that an unconventional political group, a paramilitary or any other non-state actor could potentially moderate itself if it is engaged in a conventional political process. But the conversion from an eccentric actor to a rational one is not automatic. And not every group is capable of it. It requires a minimum of rationality and reasonableness amongst the group’s leadership. It takes some element of moderation – eventually represented by a faction within the group – that can be enhanced and boosted through engagement and recognition. But with the MEK, we’re talking about a senseless monolithic cult – with absolutely no voice or seeds of moderation inside – with a violent mentality and language that has not evolved one bit since 1980 (they still shout “death to Khomeini” in their rallies 22 years after the former leader’s demise). We’re talking about a cult that did not hesitate to go as far as instructing its own members to set themselves ablaze for the sheer purpose of attracting media attention when it wanted to coerce France to release Maryam Rajavi after she was detained by a French judge for a few days in Paris in 2003.

So, the subject of debate is not a normal political group that has at one point made few bad choices, then reformed and now deserves a second chance to integrate. But an inherently spiteful and unbridled cult in which members are still expected to show an excessively zealous and unquestioning commitment to their immovable leaders, where mind-altering practices (such as group chanting, collective rituals, denunciation sessions) are daily routine and where violence and coercion have been deeply engrained as very legitimate tools of achieving the end. Therefore, it is very unlikely that removing the MEK from the FTOs list would suddenly make its guru-style leaders change their ways (the only ways they know) or awaken the dormant forces of compromise and rationality within it so that it can act as a rational political actor.

Moreover, even if we accept the improbable assertion that delisting the MEK may somehow moderate its future behavior, it is still not a solid reason to do so. The State Department’s mission is not to close its eyes on the realities, history and current nature of an organization under review and to forgo all statutory criteria for designation in hope of taming or pacifying it. Its mission is to assess the current state of the organization and make a decision based on what it sees. A mere hypothetical prospect – or hope – of “moderating” the group in the future should not counterbalance all the actual and real facts supporting its designation as a FTO. If a group qualifies as a “terrorist organization” under U.S law based on its past actions, nature, ideology and material capacity to act violently then it should simply be called a “terrorist organization”. In other words, the process of designation is not about how we hope a particular group would act if delisted; but about what the group is or isn’t in its current form. Not calling a demonstrably dangerous organization what it so to induce it to change is not exactly a prudent or wise policy. Besides, it would send a terrible message to all other terrorist organizations about the United States’ resolve to fight terrorism.

Finally, among the State Department’s list of FTOs, the MEK is in one grim sense one of the few exceptions: The current leaders of the MEK, unlike the leaders of many other listed FTOs, are suspected with very probable cause of the highest and most serious crimes under international law – especially of war crimes and crimes against humanity. Whilst the members and/or leaders of many other FTOs – vicious and violent as they may be – are considered common criminals, outlawed rebels or simply “terrorists” liable for criminal prosecution under their respective domestic jurisdictions, the seriousness, nature and gravity of the crimes imputable to the MEK leadership is such that it makes them prone to prosecution in just any territory that they could be found. In other words, we’re not just talking about “terrorists” or “corrigible terrorists” that some proponents may, by a stretch of logic, even call “freedom fighters” but about alleged perpetrators of the most heinous and wanton crimes known to mankind. For this reason, it would be both irresponsible as a political act and disastrous as a legal precedent for U.S officials to take the risk of legalizing and legitimizing a group accused of the highest crimes, simply in hope of “moderating” its future behavior. Just imagine what sort of message such laxity could send to both the defenders and violators of international criminal law.