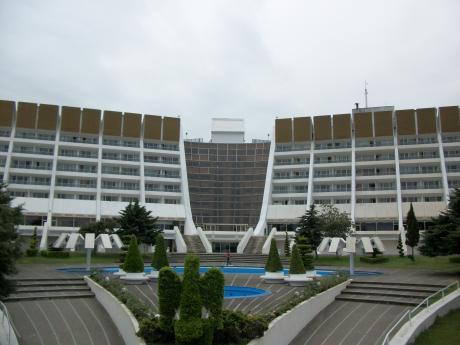 Some want to go to a blog, get into a pissing contest with someone else regardless of what the Blogger wants.  In i.com there is a difference between a blog and an article.  When you submit an article it is out of your hand and you have no control over it, zero, you don’t even get to choose the title or the photo.  But in a blog you have the option of deleting your blog and when the blog is turned into a pissing contest between a few the Blogger can choose to delete that blog and perhaps start fresh.  Some have done this in the past.

What I am saying is to get off your high horses!  In Iran, Islamic Republic and their goons like their freedoms but don’t care about others.  In Iran we have freedom of speech but we don’t have freedom AFTER speech!  Here on the pages of i.com we’re haggling about freedom BEFORE we give a speech whereas you are free to speak!  Use your own god damn blog and say whatever the fuck you want to say!  Who is stopping you?!

But I know talking about freedom of speech is more tantalizing than practicing freedom of speech!  Some always have tunnel vision and blame others for their own shortcomings.  Some people want to be annoying and pride themselves on being annoying and imposing themselves on others and there is nothing wrong with it, for themselves.  The challenge is what to do with them when they challenge you with their annoyance.

Photo caption:  Hotel Hyatt (now Parisian) near Namak Abrood.  Caspian is behind you when taking this picture and is like this.