Things I learnt from Iranian.com, so far this week… 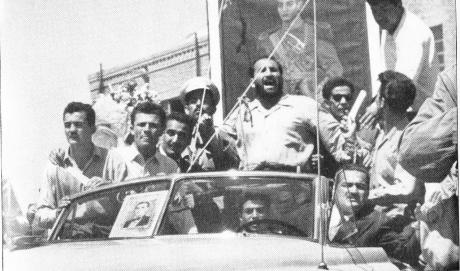 1) Jews were responsible for 9/11. They did it themselves. That is why not a single Jew was killed in twin towers.

2) Iran’s Bushehr chernobyl style nuclear reactor’s first deliverance of 400MW of electricity at the cost off hundreds of billions of dollars, sanctions, threats of war and bombing of people of Iran, international isolation, etc, was not only the best thing since sliced barbari bread for Iranians, but also the key factor in Cuba’s low child mortality rate. I am sure that both James Watt and Che Guevara would immediately convert to shiat islam’s Velayat faghih sect, if only they were here to witness this proud moment….

3) Speed of light was already calculated in Quran 1400 years ago. So eat your heart out Mr. Bacon eating Danish Olaus Roemer!!  In fact Quran is the only book needed by humanity. Let’s burn every single other book. It did not do Nazis any harm did it? I mean just look at the German cars.

Coming up soon: undisputed proof that Egyptian  Pyramis were designed and built by members of muslim brotherhood in close collaboration with the members of Hojjatieh society, and project management of Dr. Engineer, Mamood Ahmadinezhad.

And why picture of Mr. Shabam bi-mokh (brainless)Jaffary who’s famous desire was to knife to death 10 Tudeh (commie) party member before his own death? Well as a good muslim and a good Nationalist, he’d have been very proud of where our country and it’s people are today under the management of Islamist regime  and it’s cyrus cylinder loving president, Mahmood Ahmadinezhad.